Raising Your Kids to be Happy and Healthy, While Enjoying Them to the Fullest! 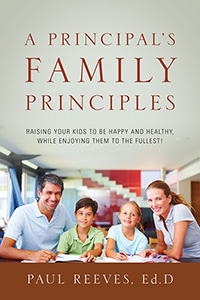 Raising Your Kids to be Happy and Healthy, While Enjoying Them to the Fullest!

Raising Kids to be Successful and Happy!

How do we raise our kids to be successful and happy, while keeping them away from peer pressure and the nefarious characters who populate our society - the same nefarious characters who would love to “mentor” your children toward alternative lifestyles that are far different than your own morals and beliefs? Dr. Paul Reeves explains how to do it in his new book, “A Principal’s Family Principles”, in which he explains that the most important person in your child’s life needs to be . . . YOU! In Dr. Reeves’ book, you will laugh, cry, and feel joyous at the outpouring of stories that he shares with us, all of which are true stories based upon the lives of his children and the lives of some of his thousands of students over the years, . . . and all of which can help us to be better parents. By being the most important person in your child’s life every second, minute, hour, day, week, month, and year, you can help to ensure that your kids will be raised to be successful and happy!

From the chapter - "Beware of UNDERWEAR?" ............... And, then finally, the great move to the Principal’s Office arrived! As I shared with my family, I kept my promise to myself and I gathered up all of my dress shirts, stuffed them into a large garbage bag, and then placed the bag near the door for transport to the cleaners the next day. The next morning, the greatly anticipated moment was upon me. Keeping my promise to myself, I placed the large garbage bag of shirts in my car and drove to the cleaners. With a great feeling of satisfaction – after all, I had waited several years for this moment of gratification and I was actually becoming a Principal – I walked into the cleaners and, with a touch of nervousness (I still felt a little guilty about this reward!), I told the approximately 50-year-old female clerk that I had several shirts for cleaning and ironing. She told me to empty the bag on the counter. I quickly and eagerly dumped all of the contents on the counter ...... approximately 20 dress shirts and ..... ONE PAIR OF A LITTLE GIRL’S FLOWERED UNDERWEAR!!!!!! The clerk gave me a strange look; I mumbled something about the underwear belonging to my daughter; I nervously explained that I was unclear as to how it got there; and then I waited for 100 hours (it was probably only 1 minute, but it seemed like 100 hours!!!!) to get my receipts and quickly beeline it out of the store!!! When I got home, still quite red-faced about the incident, I asked my 3-year-old daughter if she had placed a pair of her underwear in the large garbage bag by the door. She gleefully said, “YES”. She seemed to be joyful and quite proud of her admission. The explana- tion? She knew that I was quite excited with my delayed reward and she thought that it would be a great idea for me to share the reward with her – so she placed a pair of her flowered and decidedly quite feminine underwear in her father’s dress shirt bag, so that her un- derwear could also be washed and ironed just like her dad’s shirts! YIKES! Yes, as my daughter could clearly see that her dad was jubilant over the fact that he would now have his shirts laundered, she wanted to share in the joy! It’s a great feeling when a child wants to share the joy with a parent .. but, uh, be sure to check the contents of the large garbage bag BEFORE you leave the house! 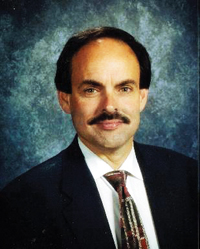 Dr. Paul Reeves has spent over 30 years as a professional educator, a career that has seen him establish the largest and most decorated Band program in the Midwest (353 students per day!), as well as being a teacher of Mathematics, English, and Spanish. While serving as a K-12 teacher, it was normal to see his classroom filled with over 100 students each day before school, during lunch, and after school! During the administrative portion of his career, he was responsible for raising some standardized test scores by as much as 400%, while doubling and tripling most other test state scores; changing his school’s inherited grade of “F” to “A” in assessments; raising his school’s Report Card by two whole letter grades in two years; increasing enrollment by as much as 50%; serving as a statewide conference speaker on “Instructional Practices”; and leading an entire district to financial solvency, while improving curriculum, standardized test scores, technology, and instructional practices and always pursuing the students’ best interests. However, as much as he enjoyed his career with students, his greatest joy came with his three blessings, a daughter and two sons. As you will read in his book, Mr. Reeves spent as much time as possible with his kids; took them to their activities; encouraged them to be successful, while showing them the way; attended their events; and tried to always be the rock of the family on whom his kids could rely while establishing their own paths through life. In addition to currently operating his school, Dr. Reeves serves as a consultant to other schools, districts, teachers, administrators, and School Boards, mostly in the areas of instructional practices, curriculum, personnel, business practices, and staff development. And, of course, he works with multiple parent groups, so that they can also learn to raise their kids to be happy and healthy, while enjoying them to the fullest!