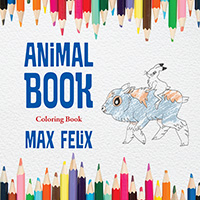 Max loves animals and loves to draw,  therefore he called this coloring book simply “Animal Book”. What makes this book unique are the fun drawings that lead you towards many stories, and call upon your imagination to finish their narration. This coloring book, for children and adults, promotes relaxation. It is a good companion for hospital patients. The book provides 80 coloring pages that can be shared in a lounge room, and is also a way to bond with little ones. Use it before or after your morning yoga. Children will love this book during road trips or a trip to the store. This coloring book will divert your teenagers' attention from electronics for a moment, and may unknowingly ignite their creativity. After school programs, daycare centers, senior centers and family nights are places where this coloring book is welcome. This book is a great companion for all ages.
Go to codexwave.com to check out some of the pages of the book.
Happy Coloring! 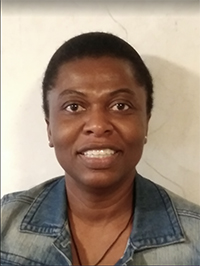 Max Felix is a teenager with autism  spectrum disorder, who accidentally discovered his artistic skills very early in life, at a time when he had lost many cognitive aptitudes, including the ability to express himself verbally. Drawing then became his only way to interact with others. Although Max later recovers the spoken language, he continues to develop the art form of drawing as a preferred means of communication. Animals have always filled his imagination. He used them to learn to count, and to make sense of the world around him. His narratives are picturesques. His artworks, which are sometimes autobiographical and sometimes fiction, are always a stage for his animal friends. Pen and paper are his tools, his take on nature is black and white. With Animal Book, Max invites you to discover his world, and to color it your way.