by Dr. Paul A. Jones 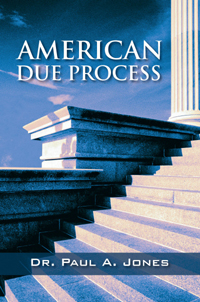 by Dr. Paul A. Jones

After seeing so many of those who were factually guilty manipulate the current criminal justice system to avoid or minimize their punishment, Dr. Paul Jones realized changes needed to be made in order for there to be true and equal justice for all.

Private defense attorneys, for instance, should be a thing of the past, except in civil cases. Otherwise, there are two standards of justice: one for the rich, who can afford high priced representation, one for the poor, who must use a public defender. By eliminating private defense attorneys and using only court appointed public defenders, justice would become equal for all.

In American Due Process, Dr. Jones recommends more than a dozen, well thought out changes, to the criminal justice system, including making changes to the Bill of Rights. It provides a system that will make sure those accused of crimes have their rights protected while those seeking to avoid punishment are less able to manipulate the system unfairly.

He has worked in mental health institutions in North Carolina, Tennessee and Texas as a psychiatric aide and as an educational diagnostician and a counselor in the criminal justice system and in the public school systems.

He likes music, art, weight lifting and auto mechanics, has been married fifty-one years and enjoys spending time with his children, grandchildren and great-grandchildren.

He is also the author of "The Myth of Rehabilitation".

Also by Dr. Paul A. Jones 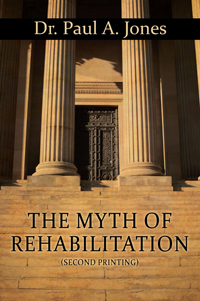