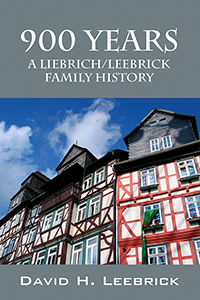 Can A German family succeed in America?

This is the story of the Liebrich family, who left a well established reputation in Butzbach, Germany to begin anew in the American colonies. This thoroughly researched book goes beyond the usual recitation of vital statistics to reveal what the lives of each generation of the family were like. Relying on church records and published German research, nearly 600 years of German history is reviewed, including the family's role in the Protestant Reformation, its travels around central Germany, and its political and guild leadership in Butzbach. Beginning with its arrival in Philadelphia in 1754 and settlement in Lancaster County, Pennsylvania, the family's success in re-establishing itself in the colonies is documented. After several generations of life in Pennsylvania, the family's pioneering moves from central Pennsylvania to Indiana in 1837, and on to Kansas in 1872 are detailed. The successes and failures of four generations of Leebricks who still live in Kansas vividly demonstrate the strength of the human spirit and the respect that comes from living lives of integrity. While the author emphasizes his own paternal line, families of siblings and the women they married are also documented.

Sample Text: "At any rate, the Liebrichs found their way to Hamburg and booked passage on the ship Adventure , captained by Joseph Jackson . Total number of passengers was 240, including 74 men. All ships heading to the colonies were required to stop at an English port before starting the trip west and the ship Adventure stopped in Plymouth. This was so that the immigration paperwork could be prepared. According to Plymouth Port Books, the Adventure carried 120 chests and boxes that contained bedding, wearing apparel, used utensils, working tools, baggage and other necessaries of the 240 passengers." 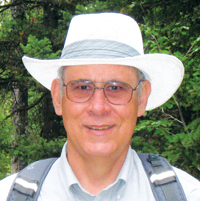 David Leebrick has been researching the Liebrich/Leebrick family for greater than 30 years. His engineering career informs the thoroughly documented style of this book. He maintains a web site of over 12,000 people who are connected to this family in some way. He and his wife are the parents of 5 children and grandparents of 7, at last count.