The Adventure of the Unexecuted Deed

Based on Sir A. Conan Doyle's Sherlock Holmes 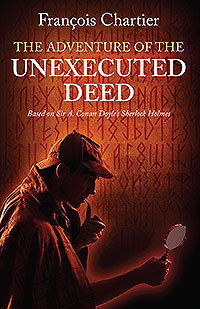 The Adventure of the Unexecuted Deed

Based on Sir A. Conan Doyle's Sherlock Holmes

Dr. Watson documents a case that Sherlock Holmes takes on late in his career.

Sherlock Holmes summons his old friend, Dr. Watson, to work with him again on what starts out as a rather mundane investigation. But it is not long before the mystery grows more complex expanding to international proportions. It also attracts the attention of Sherlock Holmes’ nemesis, Professor Moriarty. Sherlock Holmes must fall back on several of the secret coding systems that he has used in the past and also don a couple of different disguises to stay one step ahead of a growing list of criminals standing in the way of his solving the case. Holmes and Watson sojourn for a fortnight in Sweden to gather critical clues. Surprisingly, a couple of Holmes’ old cases that were not completely solved previously, reappear at awkward times to complicate the present case. Some of Holmes’ associates suffer as well (and with even one horrific death) during the denouement of the case and Holmes is injured by Colonel Sebastian Moran at a critical juncture. Do Holmes and Watson prevail? Well, yes and no. And thereby hangs a tale. 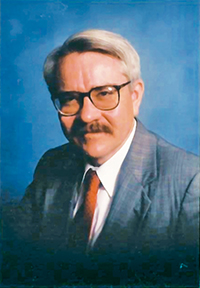 The author is the grandson of a chauffeur. He put himself through engineering college where he was tapped for the Tau Beta Pi engineering scholastic honorary society. He worked for 33 years as an engineer writing specifications, test procedures, international standards and peer reviewed papers. He also has contributed to two technical reference books. After retirement, he began working as an adjunct professor at a technical college and doing engineering consulting. He is also an avocational archaeologist, is the co-author of several archaeological papers and lectures on his archaeological work. 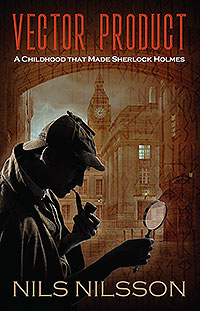