Who Is the Radical Islamist? and Why? 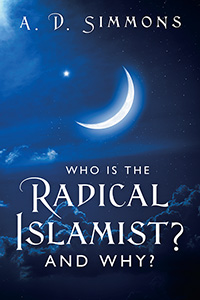 Who Is the Radical Islamist? and Why?

Radical Islam: A threat to the Western World.Tolerance and freedom of religion have always been hallmarks of open-minded, liberal political philosophy in the West. But what if those principles put our very way of life in danger? In Who Is the Radical Islamist and Why, the author presents a case for the looming threat of radical Islam. From its historical birth in the 7th century to its resurgence in the 21st century, Professor Simmons examines the determination of radical Islam to infiltrate and break apart the social and political infrastructure of the West. By describing the roots of their revival and their undeniable allegiance to the Prophet Muhammad, peace be upon him, and to the revelations of Allah as recorded in the Holy Qur’an, their religious ideology and their call for a global jihad is unraveled. Enlightening and informative, this book answers common questions about the radical Islamist movement and should be a call to action for the complacent Western world.

Professor Simmons has spent more than 29 years dedicated to and immersed in the culture, religious beliefs, sacred text, and history of Islam. She has extensive educational background from universities and colleges in the US and abroad. Her immersion into Arab culture and religion has given her a unique breadth and depth of insight into the revival of the radical Islamist Global Jihad movement.