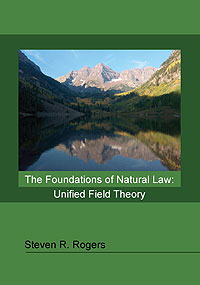 The Theory of Everything Unveiled

Everyone knows that mathematics is the language of science. As such, the book is geared toward those individuals with high-level mathematical skills. The book begins by presenting the geometric constructs that underlie curved global and local spaces. The properties of these connections are then examined in detail. The global distortion connector is shown to be related to the gravitational field. Next, the connector associated with both global and local distortions is examined and shown to be related to the electromagnetic field. Finally, the connector associated with purely local distortions is shown to account for the underlying structure of particles. In summary, the book shows the connection between the distortions in the space-time continuum with the gravitational, electromagnetic, and nuclear forces.

On examining the properties of the space-time connector (i.e., metric), the book develops Einstein's free-field curvature tensor that underlies the theory of general relativity. In a similar manner, Maxwell's electromagnetic field equations are derived. From the macroscopic observer perspective, the group theory that underlies the "Standard Model" for particle interactions is presented. Finally from the microscopic observer perspective, the local distortions are shown to be best described using wave equations. The resulting wave equations are found to be those commonly used in quantum field theory for free particles. 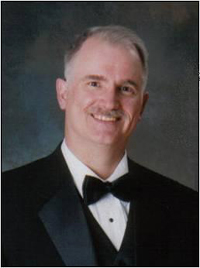 The author is a lead engineer with an advanced degree in theoretical physics. He has over 30 years experience in applying his scientific training toward the defense of the free world. His biographies can be found in Marquis Who's Who in Technology, America, and the World. He holds a patent on location-based situational awareness. He is the former chairman and historian for the Institute of Electrical and Electronics Engineers (IEEE) Pikes Peak Section in Region 5. The author methodically presents the geometric principles that describe the space-time continuum. He then develops those concepts and applies them to the world around us. This approach allows the underlying basis for unknown constants of proportionality to be fully understood. Unlike standard text books, the author leaves no "exercises" for the student. As a result, the author is able to unify the underlying theories that provide the foundation of nature's laws. 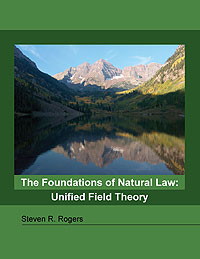