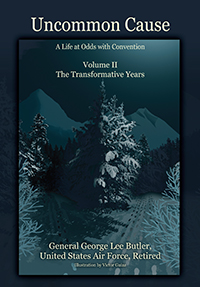 General Butler played a leading role in reducing and reshaping America’s nuclear forces, weapons stockpile and target plan as the Cold War was winding down. Concerned about the loss of momentum in this historic opportunity following his retirement, and the departure from office of Presidents George H. W. Bush and Mikhail Gorbachev, General Butler continued his efforts to reduce the dangers posed by the residual arsenals and plans. His highly publicized global campaign was both praised and condemned, striking a deeply emotional chord among supporters and critics alike. His assessment of the risks incurred by some forty years at the nuclear brink was that “The world escaped a nuclear holocaust by some combination of skill, luck, and divine intervention. My experience has taught me it was likely the latter in greatest proportion.” This volume, together with its companion, Volume I, won the Independent Publishers Award for best biographical work. Volume II was additionally recognized with a Gold rating, denoting writing of the highest quality. Winner of the 2017 Next Generation Indie Book Award for Autobiography/Biography, Volume II is the companion to Volume I which offers an unsparing account of his unorthodox professional path in the United States Air Force, including confrontations with his superiors over policy and ethics that constantly put his career at risk. It also recounts the toll his military career had on his wife, who moved thirty times, and his two children, each of whom went to ten different schools. 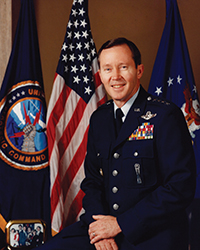 Following graduation from the United States Air Force Academy in 1961, General Lee Butler spent nearly 33 years on active duty. A career pilot, he accumulated some 3000 hours while piloting over a dozen types of aircraft. He served three tours in the Pentagon, including responsibilities as the Director of Strategic Plans and Policy on the Joint Staff under Chairman of the Joint Chiefs of Staff General Colin Powell. In his final assignment, General Butler was, for several years, commander of the nation’s strategic nuclear forces. He and his wife, Dorene, have been married for over 50 years. They have two children, Brett and Lisa, and six grandchildren; they reside in Laguna Beach, CA 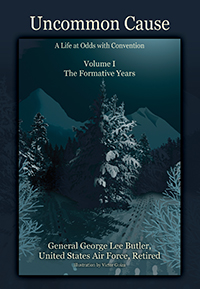