Memories of a Tower Rat 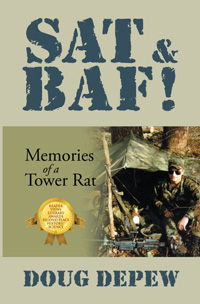 Memories of a Tower Rat

Mr. Gorbachev, tear down this wall!

Second Place Winner in the 2011 Reader Views Literary Awards (History/Science) The year is 1986. The Soviet Union is five years from collapsing, and the arms race has ramped up to unbelievable proportions. It appears nothing can end this standoff except nuclear annihilation or capitulation by one of the antagonists. One company of infantry stands between the entire Soviet arsenal and live Pershing II nuclear missiles which are the threat used by President Ronald Reagan as he orders Mr. Gorbachev to "tear down this wall". In this brutally honest and irreverently funny account, one of the men who stood the perimeter describes what it was like. You will be taken to the field, inside the towers, and out on the town. You will be carried through the two year tour of one very young Infantryman as he arrives in Germany straight out of Infantry School and gradually navigates his way through the mind numbingly tedious and insanely active life of a tower rat. For possibly the first time, a person who was actually there relates the amazing bond forged in the towers of Waldheide Nuclear Weapons Storage Area. You will see it through his eyes. You will live it. 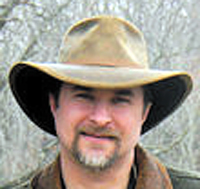 The author spent just over four years on active duty in the Infantry. Today, he is a teacher for the Bureau of Prisons with over sixteen years of total federal service and lives in the country in southwest Missouri with his wonderful wife, small dog, and orange cat.