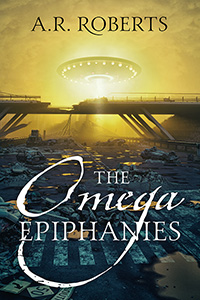 What do UFOs and the Bible tell us about the End Times?

The first apocalyptic visions of the end times were recorded two thousand years ago in the book of Revelation. Then in the 1970s, the little grey aliens began showing similar scenes of chaos and destruction to the thousands of people they abducted … telling them that these things are going to happen. Do their warnings and Revelation’s prophecies refer to the same thing? Will the earth be destroyed in a final catastrophic event that will render humanity extinct? Mass extinctions have occurred in the distant past and scientists agree that it will inevitably happen again. But what exactly is it that is going to happen? And when? And how would extraterrestrials or anyone two thousand years ago have advance knowledge of such a doomsday scenario? If what they predict is true, the big question is … Will humanity survive, and might it be on another world? These and other related issues are thoroughly examined in this book.

There are, however, clues in the UFO activity of today, and in the Bible, as to what the ultimate outcome will be. Putting aside the mystical, miraculous, and supernatural innuendos associated with many of the Bible’s stories, when viewed in a logical context, there is an alien agenda designed to ensure the survival of the human species through a process of accelerated evolution. Technology exponentially advanced in the twentieth century when Tesla, Ford, Bell, and the Wright brothers, not to mention Einstein, von Braun, and others, appeared on the scene at the same time. These men created the technologies we rely on today: electric power and light, communications, transportation, and aerospace technology—the technologies that suddenly enabled us to send men to the moon.

A logical evaluation of the biblical narrative sheds light on today’s UFO activity, and likewise, today’s UFO activity sheds light on extraterrestrial involvement during biblical times. The Omega Epiphanies is a journey through the biblical era from the creation of Adam to the Ascension of Christ and reveals the great extent to which extraterrestrials were involved, plus the successes and failures they experienced in achieving their goals. Then current military, government, and UFO issues are examined, revealing that much of what is going on today was also going on in biblical times.

Except for the factual evidence related to current UFO events, the evidence pertaining to biblical issues does not necessarily constitute proof. But the reader will, nonetheless, be amazed by its sheer volume and compelling nature.

Starting out as a musician in the 1960s, A.R. Roberts played with several groups, one which appeared on the Ed Sullivan Show in December 1964. After leaving the music business, he worked in the hotel industry and operated a succesful photography studio. He now resides in South Florida.