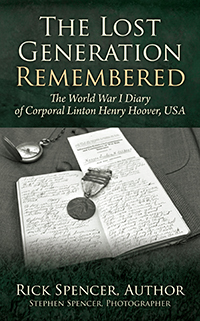 Everyday Life in the Trenches During World War I

A century ago, America entered World War I—The Great War. Subsequent conflicts and the passage of time have largely erased World War I from our memories, and there are no longer any veterans alive to share their stories. Fortunately we do have first-hand accounts by those men and women who served in the first European conflict in which United States soldiers played a crucial role. In April 1918, Linton Henry Hoover began his diary of life in the trenches, providing a detailed account of the daily horrors, where death, disease, and terror were constant companions. The best and worst of human behavior played out daily in conditions we can hardly imagine today, during the “war to end all wars.” Follow along with this American who answered his nation’s call to serve “over there,” to make the world safe for democracy. Fascinating, enlightening, and informative, this book is both a history lesson and a compelling story. 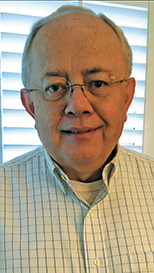 Rick Spencer holds a BS from the University of Southern Mississippi and an M.Div. from New Orleans Baptist Theological Seminary. A follower of Jesus, he also enjoys the study of American military history. After over 40 years of ministry, Rick has retired from the pastorate. He enjoys spending time with his family. Rick and his wife Kay live in Pensacola, Florida.