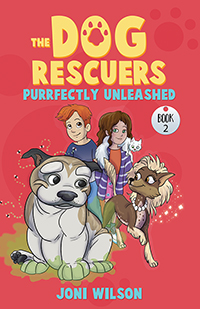 Who Is Rescuing Who?

The much anticipated, book two of “The Dog Rescuers” series ushers in more dogs needing to be rescued like Romeo, the trash addicted bulldog and Chanel, the misplaced trapeze artist with a French accent. We also meet an existentialist cat, much to the annoyance of Kiddo, that saunters in on his action, forcing Kiddo to deal with his own long, dark history of hating cats. Thus, the title “Purrfectly Unleashed.” The, “Master Plan” is sidetracked when a trip to Hollywood brings the pack face to face with a night in a dog shelter. After a brave escape, they make it back smack dab in the middle of America, where it’s no surprise that more dogs answer Kiddo’s call and show up in Abby’s yard to be rescued. Time to get back on track and keep Abby and Luke focused on the “Master Plan,” which is to ultimately find homes for all the dogs lost and confused, sad and abused, so they can get rescued, through the “Plan B- Mode of Operation.” In the meantime, so much good is happening around the colliding of the two worlds of man and beast as they discover their hidden talents, and that anything is possible with the love of a great dog. 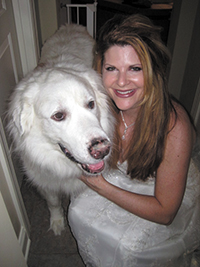 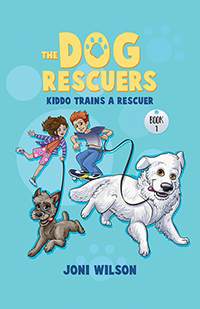