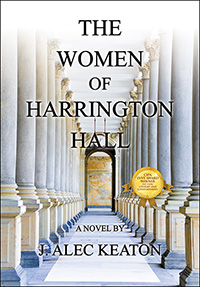 The Women of Harrington Hall introduces Heather, Song Kim, Karen, and Cathy, college coeds with the common goal of getting a first-class education, but the similarity ends there. The women’s choices lead to very different, surprising, and sometimes tragic journeys.

Harrington Hall at Beaumont University might have been any other women’s residence hall at an institution of higher learning. The women who lived in Harrington Hall might have been any other coeds at a prominent university—and most of them did follow the typical pattern, attending classes, gathering at social functions, making new friends, and relishing the freedom of living away from home. For others, however, the college experience was not at all what they anticipated it would be. Heather falls in love, gets pregnant, and marries her soul mate . . . but she later learns a secret that sends her life into a tailspin. Song Kim seems painfully shy but is hiding a dark secret of her own. Karen, desperate to find a way to earn money for tuition, agrees to become part of an exclusive escort service and then realizes she’s committed to more than she’d bargained for. And Cathy, beautiful and virtuous, gets involved with a boy who has a reputation for using women, leading to a tragedy she never could have imagined. J. Alec Keaton’s The Women of Harrington Hall is filled with happiness and heartache, poignancy and punch. Harrington Hall’s women, genuine and true, are seemingly ordinary college coeds—you might say, “I knew someone like that”—but the twists and turns in each woman’s journey are anything but ordinary. And the telling of their tale will keep you riveted and wanting more.

J. Alec Keaton is the pen name of author, Andrew Y. Maeda, O.D., a healthcare professional, who resides in Hawaii with his family. He is semi-retired and enjoys playing golf, woodworking, and writing in his spare time. Andrew was born in an internment camp in Heart Mountain, Wyoming and spent his childhood and early adult life, living in Tacoma, Washington. He attended the University of Puget Sound in his hometown and the College of Optometry at Pacific University in Forest Grove, Oregon. He has been in private practice for 44 years. The Women of Harrington Hall is his second novel. His first novel, When Love Never Ends, was published in October of 2013. 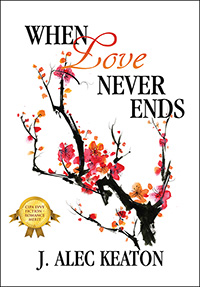