A Life of Pain, Adversity and Perseverance 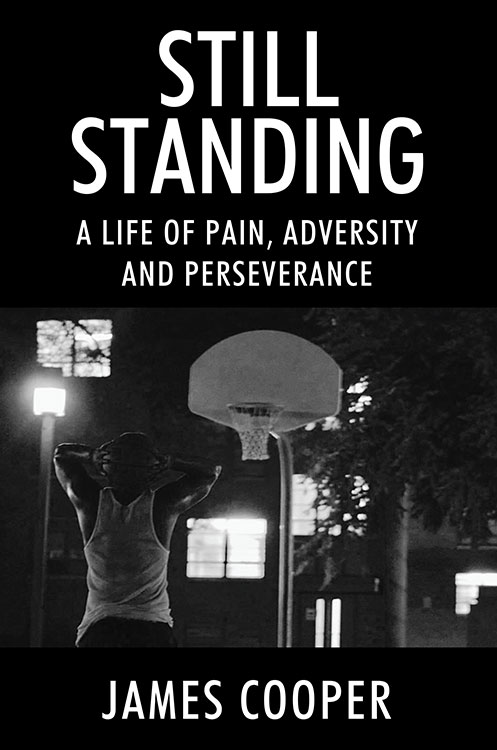 A Life of Pain, Adversity and Perseverance

Still Standing, is a story about a man who grew up the oldest of seven kids, in the projects of Springfield, Ohio. James Cooper, was an emotionally fragile kid, who was born into a hostile environment. His home was flooded with traffic as his parents sold drugs right out of the living room. James leaned on basketball to get a break from his home life. Both his mom and step-father would eventually be sent to prison, forcing James and his siblings to be split up. Still, he continued to play basketball to hide the pain. With years of practice, he became a good basketball player and with improvement reached a childhood dream of playing on the collegiate level. However, success on the court did not stop the family trouble. For years his family struggled financially, leading to drastic living conditions. James was stressed daily trying to deal with his home life and do well in school. But on Friday, May 30, 2014, James’ life would change forever! His only brother, George was shot and killed in a crossfire. The death of his brother completely crushed James’ spirit. For two years, he battled severe depression, trying to cope with the loss. After reaching the lowest point of his life, James decided to try counseling with a few local pastors. The spiritual counseling, along with getting baptized gave him a new meaning of life. After those events, James decided to live life for a bigger purpose. He decided to raise awareness about the effects of living in poverty and how to overcome it. Still Standing, is a story that addresses issues ordinary people face on a daily basis. Issues such as: depression, violence, abortion, growing up with low self-esteem and dealing with grief. On the flip-side, James gives first-hand accounts of how he dealt with adversity, how he stayed strong mentally, and how he fought to overcome his upbringing!

Though the odds were against him, he used basketball to get him through life. James became the first person in his entire family to graduate from college, by receiving his Bachelor of Arts from the College of Wooster. His goal was to provide a positive example for his younger siblings to follow. On the court, James received more awards than any other player in school history, along with being inducted into the school’s hall of fame. Today, he is focused on God, living a peaceful lifestyle, and being the best example for his kids, Jayda, Javon, and Jerin. James wrote this book to give hope to other people who grew up in situations similar to his. He wants his readers to believe in themselves and fight for their dreams.