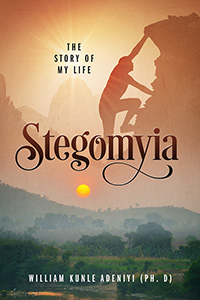 There’s No Shortcut to the American Dream

Growing up in a small village in Nigeria, William Adeniyi knew that his opportunities in life would be limited unless he was relentless in his pursuit of education. The death of his father left William, his sister, and their mother in financial straits. Despite that, William’s mother was dedicated to her children’s schooling…until she too died, leaving William an orphan at a crucial juncture of his life. Stegomyia is the story of how William overcame seemingly insurmountable personal and financial challenges to graduate from Titcombe College, the prestigious high school run by Canadians and Americans of the Sudan Interior Mission, and his subsequent academic career in America as a student and then as a professor at North Carolina Agricultural and Technical State University. From the perils of Nigeria’s political bloodbath to the frustrations of immigration to America, from bullies in elementary school to racist colleagues in the US, from despair when everything was taken from him to dawning hope thanks to helping hands from people who believed in William’s future, this memoir is a compelling chronicle of a life lived in defiance of the odds. A clear-eyed, honest assessment of what it means to embrace the American Dream, Stegomyia is both inspirational and cautionary, an epic true story of determination and hard work. 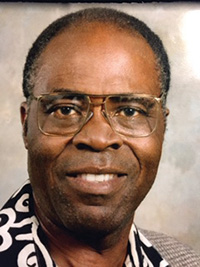 Dr. William K. Adeniyi is a chemist by profession. Although he developed a passion for reading and writing, he was driven by his interest in science. He has been inspired by Victorian authors and has read many biographies. When not researching or writing, he enjoys photography. Dr. Adeniyi lives with his family in Greensboro, North Carolina.