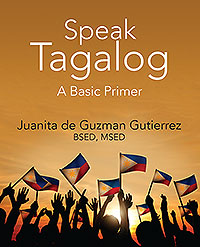 SPEAK TAGALOG ON DAY ONE LEARN TAGALOG THE EASY WAY

This primer covers the basic requirement of the Tagalog language you need to know. From the alphabet, its pronunciation, ways of saying each word, conversational statements you need to get acquainted to, and bits of history. This book guides you on how each letter is said as the native speakers say it. And how a similar word refers to two different meanings, when to say and how to say them. Delve into the book the easy way. When you want to swim you get into the water. And practice often. When you want to learn a language, say it over and over again. Practice makes perfect. This book will teach you how on day one. “Maganda ka”—-you’re beautiful! “Guapo ka “—you’re handsome! “Salamat po”—–thank you very much! (with utmost respect) “Walang anuman”—-you’re welcome! Knowing these words and saying them often will endear you to the Tagalog speakers. Having this primer in your library on hand will help you speak Tagalog in ways you cannot imagine. Your dream of a lifetime is now in your fingertips. 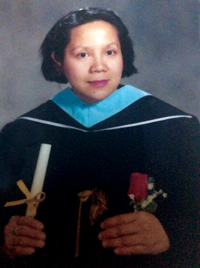 Juanita Gutierrez graduated with the degree of Bachelor of Science in Education with a major in English and a minor in Tagalog Pilipino from the University of the East, Manila, Philippines. She also holds a Master of Science in Education degree with specialization in Reading Literacy at Fordham University in New York City, New York, USA. Miss Gutierrez had taught for thirty-three years as a school paper adviser and in High School English and Tagalog Pilipino Journalism that has won for its students and newspaper local and national awards. She has received Outstanding teaching performance consistently and was elected as president of the teachers association. In the New York City Schools Archdiocese of New York, Miss Gutierrez won a grant for her students’ effectiveness. At the New York City Public Schools, Miss Gutierrez has received the Dorothy Stout Award as a Science teacher for her students learning enhancement. Juanita was called Sister Juanita as a religious novice at a monastery in Virginia for three years and three months, serving as Officiant or song leader, Scripture Reader, assistant Food Dispenser, gardener, Altar Bread sorter, Altar Bread bake room cleaner and Bell Ringer. After which, she became the primary caregiver of her ill mother. Miss Gutierrez enjoys writing, reading, gardening, piano playing, going to church, and traveling. She has gone to different states here in America, Canada, Great Britain, London, Switzerland, Germany, Belgium, The Netherlands, Paris and Lourdes in France, The Holy Lands, Fatima, Portugal, Rome, Italy, and Madrid, Spain. 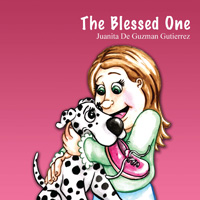 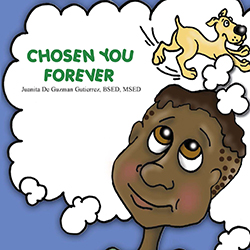 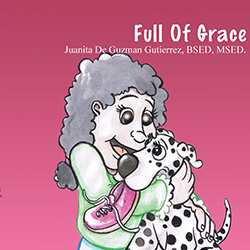 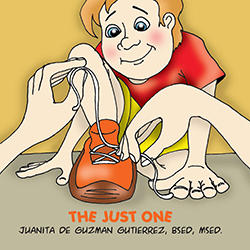