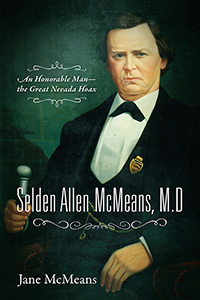 The Vivid Life of an Extraordinary Man

The settling of the West is the stuff of American legend—pioneers and Gold Rush hopefuls, soldiers and farmers, villains and visionaries. Selden Allen McMeans was a real-life hero of the developing West, and this fascinating biography pays tribute to a man of impeccable ethics and exceptional talents. Born in 1806, McMeans trained with a local country doctor and gained enough expertise to qualify as an Army surgeon, the highest rank for physicians in the military. At the end of the Mexican war, he joined the boom in California and became one of the first two doctors to arrive in El Dorado County, the hub of the Gold Rush. He established a chapter of Aesculapius to identify qualified doctors so that the miners would receive competent care. In California, McMeans became active in politics and was elected to the State Legislature for 1852, and elected state treasurer in 1854. But despite McMeans’ best efforts, he became embroiled in a political and financial scandal. Become immersed in frontier life, learn the truth of “The Great Nevada Hoax,” and appreciate the life and work of a great doctor, politician, and philanthropist as this book takes you on a fantastic adventure. 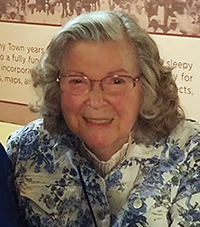 Jane McMeans is an amateur genealogist, competent historian, and experienced preservationist. An interest in genealogy led her to research the life of Dr. Selden Allen McMeans. Her years of preservation of Sugar Land, TX history is now in Special Collections at Rice University, Houston, Texas. She worked to preserve the Southern Pacific Railroad depot which had to be moved and is now the home of the Fort Bend Chamber of Commerce. She wrote the research paper to qualify for a Texas Historical Marker for the Sugar Land School Auditorium, which is the oldest building in Sugar Land, beautifully restored and still in use after 100 years.