A Narrative on Political Egotism, the Politics of Narcissism, Character Assassination and Egocentrism, and the Decay of Democracy 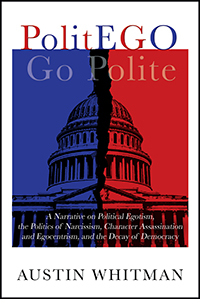 A Narrative on Political Egotism, the Politics of Narcissism, Character Assassination and Egocentrism, and the Decay of Democracy

Section 4 of the 25th Amendment to the U.S. Constitution includes a multi-step process for the vice president and the majority of the president’s cabinet to declare the president unfit—unable to discharge the powers and duties of his office So why hasn’t it ever been used?

Meet Nolan Doldrums, a boastful, egotistical oil magnate/political novice who has somehow been elected President of the United States. This narcissistic bully uses social media to ridicule business competition and political opponents, and denigrate women, immigrants, and the disabled. Nolan is a lightning rod for controversy and division and, in fact, thrives on the politics of division. His speeches and politically incorrect style on race and race relations, for example, spur hostility and dissension between his political base and opponents and members of his own party.

PolitEGO is a fictional novel, yet it is also a social commentary on narcissism, political egotism, self-interest, and apathy—along with the influence of these behaviors on our politics and the decline of democracy and democratic values. Its theme is a bona fide crisis in today’s political climate and a legitimate threat to U.S. democratic values and politics.

Ultimately, PolitEGO is a terrifying yet timely story of how a narcissistic, politically incorrect president and his egocentric Machiavellian politics bring the U.S. and its allies to the brink of World War III, civil conflict, and economic collapse. 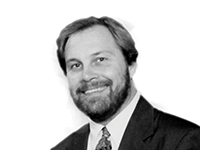 Austin Whitman lives in the Midwest with his wife and two children. He holds a BA degree in Political Studies from the University of Illinois in Springfield, and an MBA. He also worked in government relations, regulatory and policy roles in Springfield, Illinois, and Washington, DC, and has written extensively on servant leadership.