Not Water Over the Dam 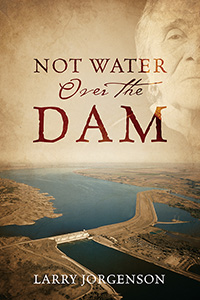 Not Water Over the Dam

The dams on the Missouri River did more than take away Indian bottom lands, for tribal cultures were disrupted and Indian lives forever changed. A young Lakota’s quest to heed his grandmother’s vision and seek revenge against the white man for the construction of the dams becomes entangled in white man racism and legal system injustice. The miscarriage of justice leads to a murder and to an eco- terrorist plot that bring together a white girl and the young Lakota. With the help of a white lawyer and the FBI, the mystery is taken to a strange conclusion that is hidden in the world of crime and in an unexpected place.

Charlie became somewhat hardened from being in prison. When he was released, he was uncertain of what to do, had little money, and continued to live with the challenging obligation his grandmother had given to him. He soon drifted from Indian bar to Indian bar and perpetuated on the outside the lonely existence he had inside the prison. However, his mind always returned to his last moments with his dying grandmother. As a survivor of the earth’s rape and of society’s injustice, he with the name of the hawk one night bit his lip as his heart searched for answers in his life. The blood from his lip stained his wool shirt but provided a clear vision of justice. Charlie Red Tail knew what had to be done. He lifted his hands to the sky and prayed to the Great Spirit for wisdom and how to handle the bitterness in his heart. Charlie wanted to believe the Great Spirit would answer him, as it had when the steel door finally swung open and he walked free of the false accusation of the white man. Charlie learned in prison of helpful contacts in the world of crime and gained a certain mindset for dispensing revenge for the many wrongs his people suffered. Thus, when he left the white man’s hell-hole, he had fixed firmly in his mind what needed to be done to fulfill his grandmother’s vision. When the “steel door” opened, Charlie Red Tail had a plan. Now, in this time of freedom, Charlie Red Tail could again hear blasting in his ears the bone-chilling slam of the steel door to a cell at the maximum-security prison that forced him as an innocent, naïve boy of eighteen into the sad, threatening world of prison life and starkly fearsome inhabitants. He paused for some time in deep thought, his heart full of grief and hatred for what had been taken from him. As he stood at the dam, forlorn and looking to the Great Spirit, Charlie Red Tail relived the injustice done to him in the supremacist white man’s court when he was sentenced to four years in white man’s prison for the crime of rape, a crime he did not commit, but of which he was convicted on the false testimony and lies of a ranching family who lived near the reservation. The young Lakota Indian stuffed away the past wrongs, at least for now, and focused on the task at hand. It was July 5th, 1985. The twenty-four-year-old stood at the foot of the earthen dam on the historically life-giving river and cried. He dug until he was finished, placed the leather pouch given him by his grandmother just before drawing her last breath, and carefully put back the disturbed black dirt. Black dirt stands for death, and a black stone, stands for revenge, according to his learning. He placed a black obsidian stone on the black dirt at the foot of the dam. 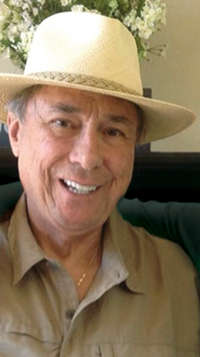 Larry Jorgenson practiced law for many years following a degree in Political Science and a Juris Doctorate. He spent time as a US Magistrate Judge, as an Assistant United States Attorney and as a State of Wyoming prosecutor. In private practice Larry was recognized with the highest ratings given by the profession’s rating services including Best Lawyers in America and Martindale. Influenced by the writings of his poet father, Larry became interested in the power and the beauty of simple words, the outdoors and its creatures- their impact on our lives. He publishes poetry from time to time, and after retirement from his law practice began writing his debut novel, “Not Water Over the Dam.” Larry is a hunter-fisher-conservationist and lives in the valley of Jackson Hole, Wyoming. 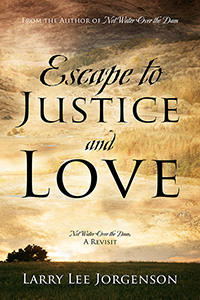