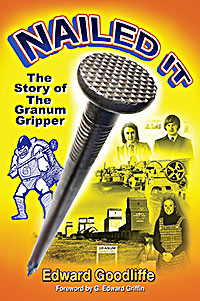 This is the action-packed, real-life story of three young Brits who leave the crowds and high taxes of London, England, in 1975 and make a new life in Granum, Alberta, Western Canada, population 325. It documents the trials and tribulations of acquiring cheap industrial land, constructing a building, and establishing a nail manufacturing plant, despite knowing almost nothing at all about what was involved. They overcome a daunting number of surprises and obstacles to get production up and running, doing it all on the cheap. Along the way, they encounter wonderful and unique people as the company is established and then built up. Numerous diversions throughout the book cover humorous and characterful locals, as well as customers and suppliers, and the establishment of Granum Radio, thanks to a makeshift transmitter made by the local television repairman. But this book is more than the story of making nails; it’s thought-provoking as well. The author, a promoter of individualism, addresses some of the damage done by collectivist governments and the fraudulent banking system. He documents some basic liberties we have lost since the 1970s that nobody seems to have noticed. Nothing is really as it appears, he maintains, and we have been lied to about almost everything. When you reach the end, there will be plenty to reflect upon. 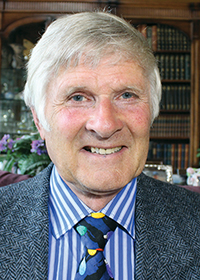 Edward Goodliffe is the Speaker of Congress for Freedom Force International and is a promoter of individual liberty. He grew up in England; resides in Alberta, Western Canada; and has established and operated several businesses over the years.