Living to Die/Dying to Live 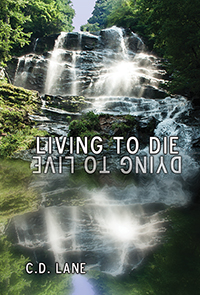 Living to Die/Dying to Live

After being told you'll be dead in a year, 29 years later I'm still here!

On Feb the 10th 1987 I was told I would be dead in a year. This book of lies exposing the truths. This is my story, from my point of view with harsh revelations and very few pleasant realities. Nothing will be hidden from the world when the pages are all turned. This will be a shock to some and a joy to no one. Once the lies are all exposed, I expect some friends and family will never speak to me again. It was defense mechanisms to cover the truths. Living with HIV when I was diagnosed came with stigma, fear and shame. I didn't mean to hurt anyone, but once the lie was in place it stayed in play. Surviving many others who have gone before me in spite of my own self. 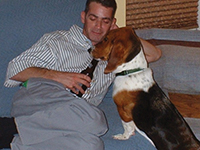 Dee Lane grew up in Birch River, West Virginia. A very small town with no stop lights. Youthful habits were not typical, and mistakes were made that would shape who he is now in spite of the fact he was attempting to cover up who he was then. His promiscuity bordered on predatory and his seductions were numerous. Mr. Lane has always been outspoken and often words escape his mouth with little or no filter. Leaving home at barely 18 to make his way in the world. The life and times of Dee Lane are at times not pretty stories, but then life rarely is perfect for anyone. Joining the military and serving for 10 years, marrying his best friend and having a beautiful daughter are just the best parts. The darker ones were the lies it took to cover the truths... He worked in restaurants all over the world during military service. It was an easy transition when he decided to end his military career. By his doctors orders, Mr. Lane is now retired completely, and writes as best as he can.