The last southern populist mayor who transformed Jacksonville, Florida from a sleepy city with an inferiority complex into a dynamic metropolis with a can-do attitude 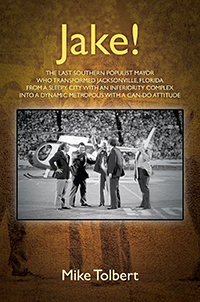 The last southern populist mayor who transformed Jacksonville, Florida from a sleepy city with an inferiority complex into a dynamic metropolis with a can-do attitude

From Public Housing to Public Adoration

Jake Godbold began his life during the Depression in Jacksonville public housing and selling boiled peanuts on the streets as a kid. He used his outsized personality and passion to transform his city and has remained an unmatched force in the political flow of Jacksonville for fifty years. This is the story of what happened, how it happened and why.

Mike Tolbert is an accomplished story teller and successful corporate and political strategist. He came to Jacksonville in 1969 as a 25-year old political reporter and quickly got involved in campaign politics. In 1970 he was press aide to a former Florida governor in an unsuccessful campaign for the U.S. Senate, then reeled off wins as manager/chief strategist for a series of campaigns for Florida governor, Florida Cabinet, Florida Legislature, Congress, City Council and four Jacksonville mayors. In 1979 Mike created “Colt Fever,” the first shot fired in Godbold’s campaign to land an NFL team, and in 1980 he created the Jacksonville Jazz Festival which attracted over 70,000 celebrants and continues as an annual signature event in Jacksonville. He and his wife Annette live on a horse farm in Brooksville, Florida. m1tolbert@aol.com 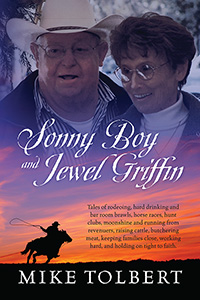