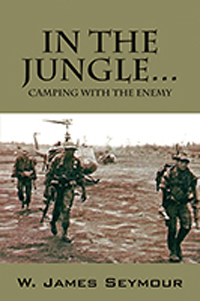 During the Vietnam War, when conventional warfare tactics weren’t proving enough to eliminate Communist insurgency, the U.S. Army implemented small unit operations to take a new kind of fight to the enemy. Five to six man Long Range Patrol teams, composed of specially trained young enlisted soldiers, went behind enemy lines to gather intelligence on Viet Cong and North Vietnamese Army units, capture POWs, or set deadly ambushes that unnerved the enemy in their once-thought-secure jungle sanctuaries. These Long Range Patrol or LRP teams would lead to the re-establishment of the 75th Infantry Ranger Companies in combat and would carry on the proud history and legacy of the U.S. Army Rangers. It would also earn them a coveted place in special operations units, at times at a painful and deadly cost. In this remarkably humble, first-hand account, Seymour covers what it took to do 54 LRP/Ranger missions behind the lines, and the dozens of team insertions and white knuckle extractions that he took part in. In The Jungle… Camping with the Enemy offers a unique and personal insight from an extraordinary soldier and those who served as LRP/Rangers with the U.S. Army First Air Cavalry Division. 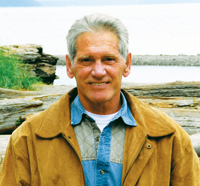 From 1967 to 1969 over an unprecedented two and a half years in brutal jungle operations, Staff Sergeant Jim Seymour served as a combat LRP/Ranger and team leader, earning numerous awards including the coveted Bronze Star for Heroism with two oak leaf clusters, the Army Commendation Medal for Valor with first oak leaf cluster, the Air Medal, Combat Infantryman’s Badge, Valorous Unit Award, and the Vietnamese Cross of Gallantry. Later Seymour would serve as a Parachute Instructor at the U.S. Army’s Airborne Training School at Ft. Benning, GA and as an Instructor at the advanced Pathfinder course program. He lives in the Pacific Northwest.