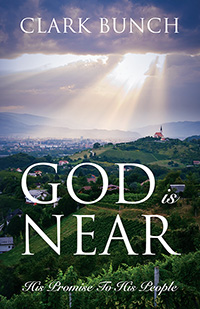 His Promise to His People

The Bible tells one story. It’s about how a Holy God deals with a sinful, fallen and broken people. At the center of that story is Jesus. Fellowship was broken in the Garden of Eden but God didn’t really go anywhere. The story of “God with us” doesn’t begin and end in the Gospels. GOD IS NEAR is his promise to his people, and it’s found in every book of the Bible. The message of scripture isn’t some shattered thing with pieces that don’t fit together. We can find grace and mercy in the Old Testament and judgement in the New. God is at work as Father, Son and Holy Spirit throughout. Sometimes we need to step back and look at the big picture.

From Chapter 2 The Faith of Abraham: It was not keeping the Law, paying tithes nor sacrificing on the altar made Abraham righteous. It certainly wasn’t church attendance, either. By grace through faith Abraham was counted righteous before God. He was far from perfect, but what really mattered when it came down to it was this: he believed that God was who he said he was and would do the things that he promised. Nothing has really changed. Christians today believe Jesus is who he says he is, namely the risen Savior, and will do the things he has promised to do. Beginning with Moses and Aaron by whom the Law was given, and continuing through, well, you and I at this very moment, people have proven again and again that we cannot keep the Law. The Hebrews demonstrated it in the wilderness, the nation of Israel demonstrated it, David – a man after God’s own heart – demonstrated it, and so has every single human being since. They were still trying in Jesus’ day. He rebuked the Pharisees for keeping the letter of the Law but not understanding the spirit of the Law. The failure of the Law is that it does not make one righteous, only more guilty. The Apostle Paul has much to say on the subject of the Law compared to grace. While grace is certainly superior that is not to say the Law does not have merit. Paul, himself a Pharisee and student of the Law, described it as a tutor or schoolmaster. The Law teaches what God requires. It did not make the people who received it righteous but we must remember that it was a gift from God and was given, at the time, only to his chosen people. Jesus did not abolish the Law but rather fulfilled the Law and the Prophets, and our righteousness comes from faith in what Jesus has done. Religion is about what we do, the Gospel is about what God does for us. When we believe God will do what he says he will do – raise us from death unto life as Christ was raised from the dead – then our faith becomes our righteousness. It was faith that mattered in Abraham’s day as it does in this day. 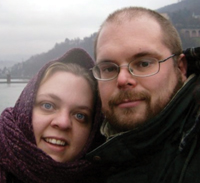 Clark Bunch is a Baptist preacher with a passion for writing and teaching. He and his wife Teresa have one daughter, Johannah. This is Clark’s first book, but you can read more and join the conversation at his blog The Master’s Table. http://themasterstable.wordpress.com