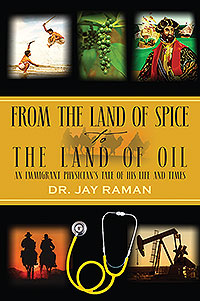 The title of this book From the Land of Spice to the Land of Oil aptly describes the book. It is an immigrant physician’s tale of his life and times. More than just a biography it is a story of his times. He was born in 1945 at the end of Second World War. Kerala—his birth place in India—is well-known for its spices and ancient martial arts. He was witness to great historic events like the end of the Second World War, independence and partition of India, cold war, collapse of communism, global warming and finally the Covid pandemic. He has described them as he saw them both as a physician and as a keen student of history. He served in the Indian army and also the army of the Sultan of Oman. He has many interesting stories to tell, both professional and personal. After immigrating to the USA he had extensive experience of medical practice in this country. He describes in detail the varied professional and personal challenges he had to face. He also gives his frank opinion about medical practice and the profound changes he has seen. He describes the great historical events he has passed through based on his own observations on geopolitics and international issues. An important issue, life after retirement is also given due consideration. Towards the end, he concentrates on spiritual issues, religion, and ultimately death. 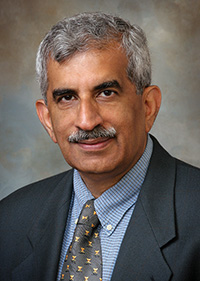 Dr. Jay K Raman was born in 1945 in Kerala in India. He did his medical education in India. He joined the army and served in different parts of India as well as in Oman in the Middle East. In 1975 he immigrated to USA with his family. After finishing surgical residency at the University of Rochester he moved to Houston, Texas, to do a fellowship in cardio-vascular surgery at Texas Heart Institute under the famous surgeon Dr Denton Cooley. He is a Fellow of the American Board of surgery and also a Fellow of the Royal College of surgeons of Canada. Since 1981 he has been running a successful private practice. Dr. Raman has been married to Viji for nearly fifty years. They are blessed with two children and five grandchildren. Presently he is retired and spends most of his time on charitable activities.