Forgotten But Not Gone 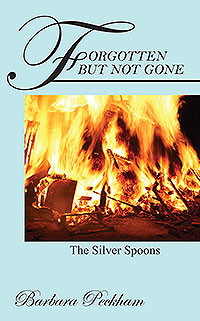 Forgotten But Not Gone

...she was running, stumbling, panicked, down the mountainside, but the worst thing was she couldn’t remember what she was running from!

“The girl tripped and almost fell again. She felt as if she had been running all of her life, but the worst thing was, she couldn’t remember what it was she was running from!” (excerpt from Chapter Five)

Liz Everson is thirty-five years old, married, and a part-time librarian, living in coastal Massachusetts in 1965. She is happy with her present life, even though she cannot remember anything about her life before the age of fourteen or so. She has learned to live with this, but now, after almost twenty years, strange and frightening incidents begin to occur. They start with a strange letter that upsets her because it seems to be related to that part of her life she can’t remember. Then frightening events begin to occur that escalate in severity. It seems that someone is bent on frightening and possibly killing her, and she begins to think more and more that these incidents are related to the past she cannot remember. The story weaves back and forth between Liz’ youth and the present, the letter, a young girl, and the man who is pursuing Liz. 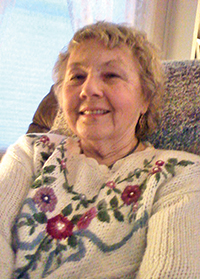 Barbara attended Vassar College and was graduated from Syracuse University. She has been a newspaper editor for the New Haven Journal Courier, New Haven, Connecticut, a writer of radio and television commercials for the Goldman and Walter Advertising Agency in Albany, New York, and taught elementary school in Marcellus, New York. She has published two poetry collections, A Jar of Summer and Sing Spring. Barbara was active in writing and art circles in Martha’s Vineyard, Massachusetts, until she recently moved to Omaha, Nebraska, to be near her married daughter, Jennifer Mattea. She also has two married sons, Douglas and Jonathan, eight grandchildren, and six great-grandchildren. Her hobbies are reading, baking, and gardening.