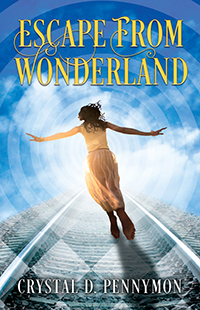 When it’s all said and done, it’s still really not all said and done. Simone Harvey learns this the hard way when her troubled and drugged subconscious is forced to make her relive a past that could only resurface by an attempt to silence the pain from a rape at the age of 12 by a neighborhood boy who was the object of Simone’s unforgiving heart and her mental escape into Wonderland as a young girl. Because of her escapes, she gives in to a grief that she cannot consciously remember, and commits suicide. But in the hours following her deadly overdose, Simone is visited and guided through her distressed life by her deceased grandparents, parents, and the precious baby conceived as a result of her assault and killed by her deranged mother. Reliving her past allows Simone a chance to permit forgiveness to enter her broken heart instead of chancing her soul of going to hell. Simone’s out-of-body experiences bring her face to face with her abusive mother who battled mental illness from her own rape by a white man, which resulted in her pregnancy with Simone. Simone’s slight trek through her mother and grandmother’s lives reveal a cycle of sexual secrets. However, her trio of spiritual guides attempt to persuade her to forgive her father, her mother and especially the boy who stole her innocence who she meets up with later in life and finds that his mother wasn’t so good to him either. In her final hours awaiting her death and after her suppressed memories of her grandmother and mother’s funerals, Simone is guided into coming to grips with her life, visiting hell and hoping that what she has done has not kept her from missing heaven. Minutes before she dies she is found lying in her bed by her best friend and the deeply sorry neighborhood boy. With her acceptance of his apology, Simone escapes back into Wonderland and transitions through to her heavenly body. Death freeing her to join her grandparents and her beautiful daughter as she Escapes From Wonderland one final time. 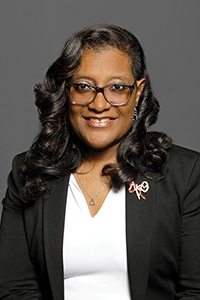 Crystal D. Pennymon, a native of Macon, Georgia, started creating short stories at the age of nine years old. Though writing stories and reading books were put on the back burner for a period of time her love for the literary world remained. In the return of her dream to write, and after working for corporate America for many years she earned a B.S. in Business and Information Technology from Middle Georgia State University and excelled as a top graduate with an M.F.A. in Creative Writing from The University of Texas at El Paso where she completed her debut novel, Escape From Wonderland. Ms. Pennymon is a self-proclaimed feminist writer as well as started a writer’s editing business in her hometown of Macon, Georgia. She is also the proud mother of a son, Dextroise, a daughter, Camryn and a grandson, Zion.