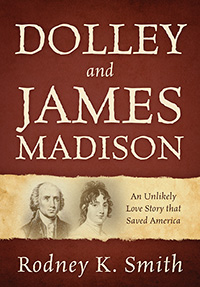 Physically unimpressive, intellectually brilliant James Madison had been unlucky in love, heartbroken and betrayed not once but twice. Middle-aged and resigned to a life alone, he never dreamed that fate had something astonishing in store for him and for the country he loved: a young widow of exceptional intelligence and poise who was his equal in many ways and whose warmth and extroversion perfectly complemented his quiet, contemplative nature. She became Dolley Madison, the nation’s “first First Lady,” and this fascinating book proves that truth is more compelling than fiction. Delve into the personal stories of the couple that led their beloved new country safely through its first generation, surviving and thriving despite serious conflicts at home and abroad, weathering the bitter attacks of their enemies and remaining dedicated through it all to each other, to the Constitution that James fathered and to the United States. Facing adversity with unparalleled dignity and civility, they stand as an example worthy of emulation in our times. Their love story, told by a noted constitutional lawyer and historian, is a heart-warming, inspiring, and hopeful tribute to the power of equal partnership in marriage, and a beautiful reminder of what America can be, at its best. 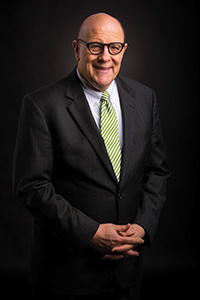 Rodney K. Smith directs and is a Distinguished Scholar at the Center for Constitutional Studies at Utah Valley University. Dr. Smith came to Utah Valley University after serving as Distinguished Professor of Practice and founder of the Sports Law and Business Program at Sandra Day O’Connor College of Law at Arizona State; previously, he was the president of Southern Virginia University, while also teaching at the College of Law at Washington and Lee University. Rod served as a dean and law professor at many universities and has authored/co-authored seven books and more than thirty articles, which have been widely cited by scholarly journals and courts, including the Supreme Court. His sixth book, James Madison: The Father of Religious Liberty was released in January 2019. Rod is quick to note that he is inspired to write in hopes of making a better world for his grandchildren and the rising generation.