A Barefoot Boy from Oklahoma 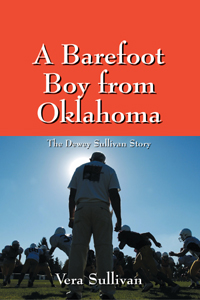 A Barefoot Boy from Oklahoma

From a barefoot boy in Oklahoma, Dewey Sullivan rose to acclaim in the National High School Hall of Fame. When he died on November 8, 2006, he had more football victories than any coach west of the Mississippi River. His dream from a young age was to be a coach, but he had many setbacks along the way.

He was a father with two young children when he began his education, but that did not stop him. Once his decision to become a coach was made, he was determined and followed his chosen path.

He became a teacher - he became a counselor - and he became a coach. He was as gracious in defeat as he was in victory. His players were of primary importance to him and it was never about himself. He left this earth as a small town football coach whose shoes are too big to fill. When he started his journey as a coach, he had no idea he would affect as many lives as he did. He wanted to coach - but in the process he became a teacher, a counselor and a mentor to many.

This is his story - I just went along for the ride. 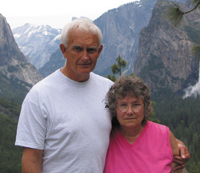 I was born in Oklahoma and moved to Colorado where I met Dewey Sullivan. We were married for fifty-three years. We knew each other for sixty years, and we experienced many trials as well as many celebrations. I had never written a book before this, but I felt that Dewey’s life was exceptional enough to warrant sharing.

Marriage at an early age gave us the opportunity to grow together and to mold our lives in an unusual manner. We approached life from a non-traditional way with marriage first, children second, and then education.

This book details the challenges we met along life’s journey – a journey that produced not only a “Hall of Fame” coach, but also a person of integrity and worth.