The Wildest, Wickedest, Wealthiest Big “Small” Town In the West 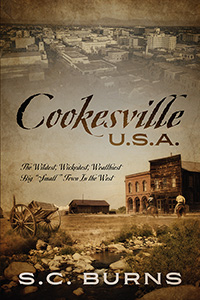 The Wildest, Wickedest, Wealthiest Big “Small” Town In the West

If this sounds like a perfect recipe for criminal activity, you’re right. The fact is, Cookesville is a conundrum, providing endless opportunities for economic success—compounded by hardcore social and legal challenges. Forged out of the ambitions and fortune of the gold rush era, its founders were a diverse bunch from many cultures. What brought them together then was an erotic lust for adventure, land and wealth. Soil rich in oil and the ability to produce agricultural abundance was worth fighting for, perhaps dying for. In 1850, there was enough to go around for all of the pioneers who stumbled upon this Central California valley town. Throughout the next century, though, greed led to competition for dominance over the region. Though Frank Cooke struggled to maintain a tradition of democratic values, the California constitution did not include equal protection and opportunity for its original occupants—the Native American and Mestizo races—much less the Chinese who followed the white man as laborers. Soon, the pistol, rifle and shotgun became the great equalizers, but vigilantism assured inequality. Though codified law and order eventually emerged, it did so for the white man’s advantage. Follow the journey of attorneys Sam Cooke and Norris Stein into the 20 th and 21 st centuries, where one dedicated gumshoe manages to uncover many of the bloody, hidden secrets many founding families fought hard to hide. Investigator Lyndon Wethers is handsome, clever, and sexy—a man women couldn’t resist and men both envied and feared. As Lynnie often said, “I’m not proud of everything I’ve done.” Nevertheless, he always finished the job! 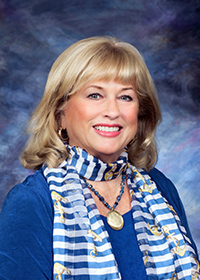 S.C. Burns has been a teaching historian at the college/university level for 26 years. Her scholarship and research focus on hot-button social issues, and her search for authenticity in history and fiction has led her across Europe and Latin America. A native of northwestern Kentucky, Burns has lived in Orange County, CA, San Francisco and British Columbia, Canada. She eventually settled in Bakersfield, CA—where she raised her three children.