A Memoir of Science and Spirituality 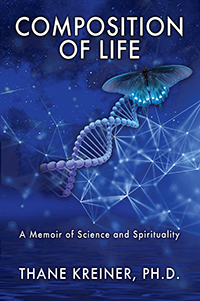 A Memoir of Science and Spirituality

Composition of Life is more than a memoir: it is a spiritual journey of forgiveness, compassion, and reconciliation that transcends time and place. Science and serendipity resonate with one another, twin strands of evidence weaving stories of sorrow and loss with moments of consolation and abiding love. Butterflies emerge from cocoons in an Eden-like garden, evoking memories of a mother who succumbed to pancreatic cancer as fires rage through Northern California. The #MeToo movement, rampant racism under a populist regime, and climate change connect across eons with childhood recollections both sweet and sorrowful. A periodic table of life, elements range from the periodic table to the physical elements of alchemy and the tree of life. Both the mother-son bond and the father-son wound are revealed in ways that science cannot explain and that cross borders, figurative and literal.

Trained as a scientist, Dr. Thane Kreiner emerged from a childhood fraught with physical abuse, mental illness, and alcoholism to become a leader in biotechnology and social entrepreneurship. Born in 1961 outside of Seattle at the height of the space race, his nuclear family migrated to the Deep South, Alaska, and Texas before he moved to California to study neurosciences at Stanford University of Medicine, using a marine mollusc to discern how neurons modulate behavior. In the midst of the AIDS crisis in the San Francisco Bay Area, he refocused his career on bringing technology innovations to market, resulting in a transformation of biomedical research and drug discovery through whole genome analysis. He was founding CEO of three biotechnology companies focused on regenerative medicine, cancer drug discovery, and the human microbiome. In 2010, he accepted a position leading a Center of Distinction at Santa Clara University. Resonant with the Jesuit mission of serving the poor and protecting the planet and leveraging the entrepreneurial ethos of Silicon Valley, under Dr. Kreiner's leadership, Miller Center for Social Entrepreneurship has accompanied more than 900 social enterprises in 65 countries to scale their impact, reaching more than 320 million people living in poverty. Eight of his students in the last seven years have won prestigious Fulbright awards, and three were named valedictorian. 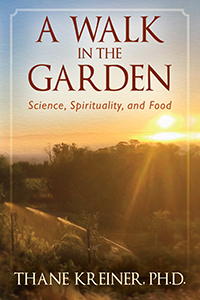