Children: My Heritage - A Testimony

by Esther A. Ota 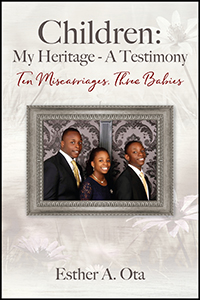 Children: My Heritage - A Testimony

by Esther A. Ota

From the scriptures, there is no doubt that children are the heritage of believers. The question is, “If children are our heritage, then, why are some barren and some suffer miscarriage?” The author has endeavored to unravel this mystery. She has also succinctly illuminated the avenue back to our heritage of children, from her own personal experience of ten miscarriages before having three children. The author painted a graphic picture of her trials and how she got her testimonies. She clearly demonstrated the path of faith she and her husband took to overcome the medical jargon that could deflate their faith and also triumph over all the harassment of the devil. Testimony has the capacity to reproduce after its kind. Reading this book is enough to stir up the spirit of anyone going through the valley of barrenness, miscarriage or any other trial, to strive to overcome these challenges. The book is awash with spiritual weapons, keys, mysteries and testimonies, which if applied in faith will disarm the devil in every aspect of our lives, thereby, setting us free forever. Happy reading. 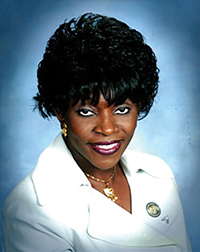 Esther Awo Ota is a Deaconess in Living Faith Church Worldwide, aka Winners’ Chapel Inc. She was ordained as such in March 2009, and has served in this capacity in Winners’ Chapel Churches across various nations. She is an active member of the Sanctuary Unit (Sanitation Unit) of the Church, since 1996 when she became a member of the Church. She is a dedicated Christian, known for her humility, integrity and humanity. She is also a Judge, having been appointed as such, in different Courts, namely: The High Court, the Industrial Court of Appeal, the Constitutional Court, the Court of Appeal and the Supreme Court. She held these appointments in distinct Commonwealth jurisdictions. She is married to Dr. Martin Okechukwu Ota, a medical practitioner, who is also an Associate Pastor in Winners’ Chapel. They are blessed with three wonderful children.