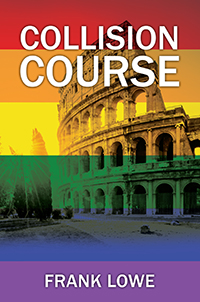 Two guys in their mid-twenties, each unhappy with their careers in Washington D.C., make decisions that would offer them a brighter future. Both decisions backfired; sending each of these guys into conflict with a powerful man who heads a secret organization that trafficks terrorists into his homegrown terrorist cell. Finding themselves each fighting to stay alive as this man, intent on silencing them, sets them on a collision course which leads them, if they survived, to meet in Rome and destroy each other. But when Scott Dennis and Bentley Thornton met in a trattoria in Rome, new to Rome and to each other, everything changed. They became bonded in a powerfully intimate relationship where they decided that, together, they could escape this menace. They devised a plan to set a trap for their killer, using themselves as bait. This risky trial and error journey, accompanied by a dangerous assortment of bizarre characters, sent them into a future together neither would have expected.

Frank Lowe, an actor writer, has worked and traveled widely in the USA, living in Paris and Japan. He has written two plays and this is his third novel. He lives in Brooklyn with his partner. All characters mentioned in this story are figments of my imagination and are not based on any persons living or dead. Clavinlowe628@gmail.com. 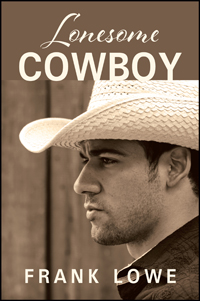