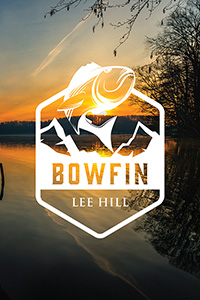 When a giant fish—a member of an ancient species called bowfin—is trapped in a waterhole beside a river running through a farm, two boys make it their mission to free the bowfin before it starves.

Christopher, 14, recovering from a violent beating at school the day before, is groping his way through the night on a country farm when he is seized and dragged into a barn by Jesse, 18. A friendship begins to develop as the boys get to know each other. Jesse shares the bowfin’s plight, and the two decide they must save it. Christopher comes back the next morning, and the boys follow the creek down to the river, leading to a desperate struggle to get the powerful fish to safety. Afterward, as Jesse straddles the dusty ruts in the road, he speaks one line that pulls together the story’s threads—the trapped bowfin; a mother robin attacking her reflection in glass; the fresh lumber at the kitchen door; a little girl in her grave; and a school bus and a beagle—making it plain that there is more than one kind of trap in our lives.

About the Author: Lee Hill studied fish biology at Southern Illinois University, where he edited and published books for the Center for Archaeological Investigations. He then worked in the university’s Information Technology department, learning some half-dozen programming languages, editing and publishing a newsletter, and training staff and students at the university’s campuses. Today, he lives by a lake in Southern Illinois.