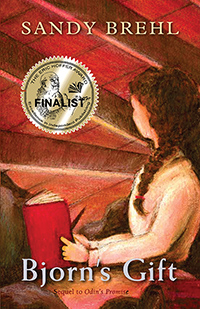 “An exciting and detailed look at the occupation of Norway, through the eyes of a young, brave girl.” — Angela Cerrito, author of The Safest Lie


BJORN’S GIFT is a sequel to Odin’s Promise, which was awarded the 2014 Midwest Book Award for Children’s Fiction. Set in Norway during World War II, Bjorn’s Gift continues the exciting adventures of Mari, a young Norwegian girl who faces growing hardships and dangers in her small village in a western fjord.

As German occupation troops and local Nazi supporters move closer to her family’s daily life, Mari struggles to live up to her brother Bjorn’s faith in her. She becomes more involved in risky resistance activities, trusting only her family and a few close friends.

Across Norway, oppressive laws are imposed in the months from late 1941 to early 1943, with dire local consequences. Still, difficult decisions force Mari to admit that many things in life are not easily sorted into good or bad, and she begins to wonder if Hitler will ever be defeated . . . and whether the occupation of Norway will ever end.


“Brings to life the courage of the Norwegian people during the German occupation.” — Caroline Starr Rose, author of Blue Birds

SANDY BREHL is a teacher and member of the Society of Children’s Book Writers & Illustrators. She lives in Muskego, Wisconsin, near Milwaukee. www.SandyBrehlBooks.com 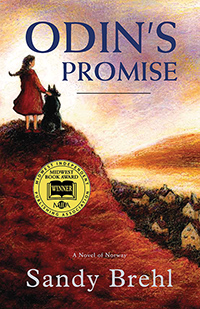 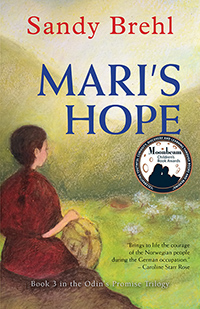