A Story Based On True Events 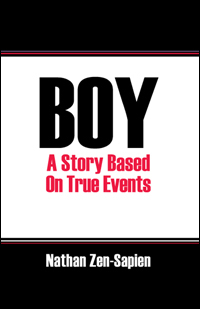 A Story Based On True Events

BOY is an intricate story focusing on the dynamics of a modern dysfunctional family and the physical, mental, and spiritual illnesses that are affecting them. BOY looks into the psyche of a seemingly harmless developed mentally disabled person who is capable of more than the world expects of him. A journey into the mind of BOY is a trip into the murky depths of human apathy, innocence, and betrayal.

When I was 29 years old I had the unfortunate occurrence of meeting a deceitful and immoral woman named Sylvia. She was married to a man I will refer to only as Boy. Boy was a withered and battered middle-aged man with grey in his hair and beard. His wife Sylvia was exactly the same. He had miraculously survived several botched surgeries. His wife had done the same. He was Autistic and circumstance would have it that his wife suffered from the same condition.
You may ask "how is this possible?" Simple. Sylvia and Boy were the same person. The man I knew as Boy was a receptacle for many 'dark' personalities that hid behind his shy exterior. His condition was noted by the occasional doctor but was never verified by a specialist. All too often people (medical professionals and otherwise) were more captivated by the gentle and passive attributes of his form of Autism than by the harsh and somewhat elusive reality of his multiple personality disorder.
Personally, for many years before Sylvia came to light I, too, was fooled into feeling pity for Boy and all those who suffered from Autism or any mental disability. And for that reason I am ashamed. People, no matter what their background or physical/mental disability, should be judged on their actions and quality of character. If I had heed my own wisdom there probably would not be a need to write this book but fate would have it that Boy and I would cross paths. It is an event that I would truly not wish on even my worse enemy because I saw how evil can hide in even the most innocent of forms.

Nathan Zen-Sapien is a student of the human condition, wielding the written craft to enrapture the mind much like an artist wields a brush. His inquisitive perspective on the world of mental illness will shed light on the dark side of this controversial issue. For more information on Nathan's future projects go to www.nathanzensapien.blogspot.com or www.myspace.com/nathanzensapien 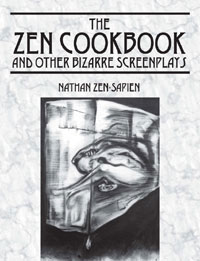