Growing Up in the Adirondacks 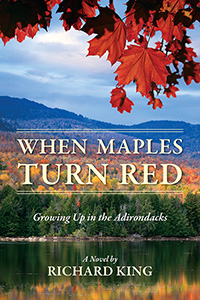 Growing Up in the Adirondacks

Growing Up In The Adirondacks

Set in the Adirondack Mountains of up-state New York following WWII, the story focuses on the family and life of James Coulbron from adolescence to young adulthood. He is the fourth generation Coulbron to inhabit the area. Despite having been molested and mentally abused by his psychologically-weak mother, Lillian, he is strongly attached to his father, who provides love, nurturing, and a sense of stability. He learns about the life of his forefathers on their land, and develops a great pride in his heritage. Stark reality arrives with his father’s sudden death and Lillian’s increasingly psychotic episodes. She invites her long-time lover to move in with them, and Jimmy learns that this man, a Mohawk Indian, is actually his biological father. Stunned and wounded, Jimmy realizes that he has not only lost his beloved father, but he is not a Coulbron, and his heritage no longer ties him to the land he loves. When Lillian’s condition deteriorates, she is incarcerated in an asylum, and young Jimmy must learn to live with his biological father. As the story unfolds, the strength of his character is repeatedly tested, and ultimately, a new sense of heritage is formed. 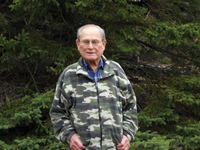 Richard was born in the Adirondacks of New York in 1932. First he attended a one-room rural school and later a mining town high school. He served in the US Army and attended six colleges in three countries. He taught various subjects for many years and received three degrees including a doctorate. Richard has written a newspaper column and numerous short stories and articles.