The Dimensions of the Cosmos 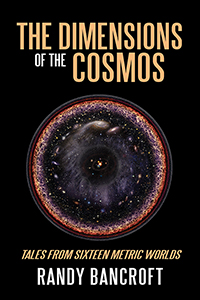 The Dimensions of the Cosmos

The Cosmos: From Atoms to the Observable Universe

Originally, our world was described using a plethora of provincial ad hoc measurement units only of everyday dimensions. The US inch was initially defined as the length of three barleycorn placed end-to-end, and is the current basis of US shoe sizes. The invention of the microscope and telescope in the 17th century revealed unimagined new macroscopic and microscopic worlds. The Dimensions of the Cosmos takes the reader on a tour of these hidden worlds with the only measurement system designed to intuitively describe them, the modern metric system. From metric worlds that describe atoms, viruses, bacteria, quantum dots, and pollen to those which describe planets, solar systems, stars, galaxies and the universe itself, the reader moves from Yoctoworld through Yottaworld. The sizes and stories of these objects are related so the reader experiences the immense diversity and wonder found in our current understanding of the natural world.

Randy Bancroft is a Professional Engineer in the State of Colorado. He is the author of a book on the interrelationship between science and mythology, Shrodinger’s Cat & The Golden Bough, and two engineering textbooks. He blogs as The Metric Maven.