Charlotte and the Mysterious Vanishing Place 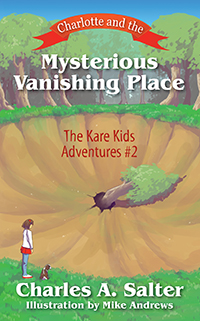 Charlotte and the Mysterious Vanishing Place

Can Charlotte rescue the puppies and save herself in time?

Nine-year-old Charlotte loves to explore the woods around her neighborhood in Ellicott City, Maryland. One day she has TWO surprises—she notices a patch of the forest slowly vanishing and discovers a lost puppy caught in a bramble bush. She rescues it and takes it home. Her parents recognize it as a valuable purebred pup and locate the rightful owner. Rather than accept the owner’s reward, Charlotte asks her parents to buy Cocoa the Cavalier King Charles Spaniel as the present for her upcoming birthday. Will she sacrifice her plans for a big party at the Bouncin’ Fun Zone because her parents can’t afford both? Returning to the woods, she notes the sinking area getting wider and deeper and tells her parents and the authorities, who caution her to stay away. The county’s geologist explains the danger of sinkholes, and Charlotte worries it will allow the other puppies to escape and get lost, too. She keeps an eye on the kennel and sees another puppy escape and become trapped in the now enormous sinkhole. Cocoa follows it and gets trapped, too! As a fierce rainstorm arises, and the fallen tree the pups cling to begins to disappear through the opening at the center of the sinkhole, Charlotte can find no one else to help. She leaves messages but realizes it is up to her to save the pups. But it is too steep and slippery for her to crawl down and get back out. Can she rescue the pups and get out herself before the giant sinkhole swallows everything?

Charles A. Salter has been a writer all his life. A professional member of the American Society of Journalists and Authors, he has published over a dozen books and hundreds of articles in magazines and newspapers. His adult mystery novels and juvenile non-fiction books have earned excellent reviews and won various awards. CHARLOTTE AND THE MYSTERIOUS VANISHING PLACE is the second book in his pre-teen fiction series KARE KIDS ADVENTURES. 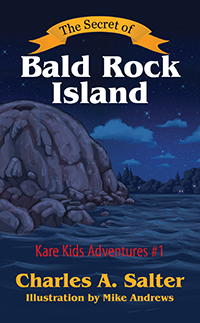 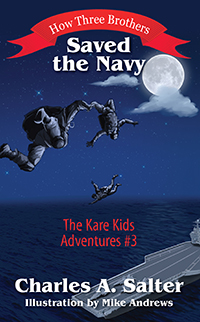 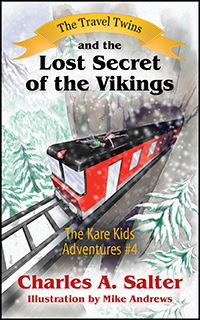