A true story about a Secret Service Agent and his investigative experiences to include his battle with the New York Mafia! 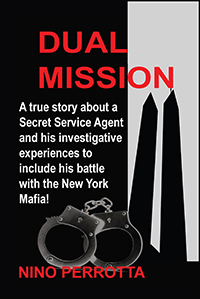 A true story about a Secret Service Agent and his investigative experiences to include his battle with the New York Mafia!

A true story of one agent and his investigative experience as a United States Secret Service special agent assigned to the New York Field Office which was at one time located at 7 WTC.

Dual Mission is a true story that at times reads as a novel. It is the account of one ordinary person who vanishes into the “uncharted waters” of long term investigations at an agency where such work is an unknown. His personal mission to take down the New York Mafia, the rogue pitcher, Denny McLain and other global investigations become his mission. A mission with a dual purpose. 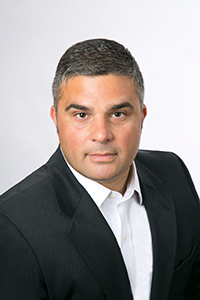 Nino Perrotta was born in Mount Vernon, New York, in 1967. Perrotta is the son of immigrant parents who came to New York in search of the American dream. His law enforcement career began shortly after completing his United States Army Officer Basic Course at Fort Huachuca, Arizona and in 1996 reached his life long dream of becoming a federal agent for the United States Secret Service. Today he is a successful security consultant in the Washington, DC area.

Press the play () button to watch the author's book video
Listen to the first 15 minutes.
Listen to a sample of the audiobook on Amazon. 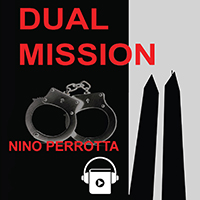