Pursuits of an Army Pilot 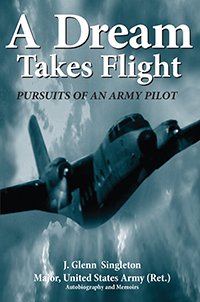 Pursuits of an Army Pilot

A Dream Takes Flight chronicles the journey of a young boy’s pursuits to become an Army pilot—and the remarkable opportunities that placed him in the pilot’s seat of the Army CV-2 Caribou transport aircraft and the UH-1 series Huey helicopter during the Vietnam War. These iconic aircraft of the 1960s opened new horizons and tactical advantages in the non-frontal war periods against hostile forces, making it a pivotal and exciting time in military history. Major J. Singleton, an Army pilot/instructor in Vietnam and Germany, shares his personal experiences and documents his Army career through the Cold War era, peacetime, and war, including his participation in training and counterinsurgency unit missions, and 11th Air Assault and Vietnam assignments. With over 100 photo panels, A Dream Takes Flight brings one man’s military career to vivid and colorful life—a must-read for those with an interest in the Vietnam War (the “useless war”!) and for military and aviation enthusiasts of all ages. 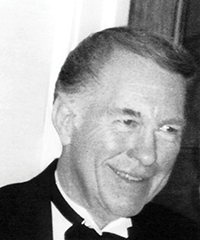 About the Author: Major J. Glenn Singleton entered the Army voluntarily in 1953, where he completed Officer Candidate School, Parachutist School, and acquired his Army Pilot’s Wings. He held aviation staff and command assignments during tours in Vietnam and Germany, and his piloting was often viewed as too risky or simply impossible. Major Singleton was awarded the Bronze Star Medal three times, the Meritorious Service Medal, Air Medals 1st and 2nd Vietnam flight assignments, the Air Force Commendation Medal for operation “RedLeaf,” the Army Commendation Medal, plus the usual campaign and service medals for the period. Major Singleton and his wife, Judy, currently reside in Fairhope, Alabama, where he continues his aviation interest, piloting radio-control aircraft as a hobbyist. A Dream Takes Flight is his debut as an author.