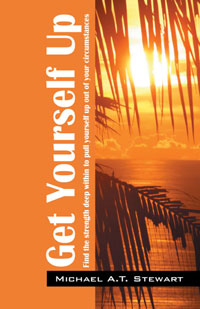 If you need strength to move your life from where it is to where you want it to be, this is the book for you. Strong encouragement to get your life moving revealed within

Finally, simple easy ways to help you to take your life to the next level. When you read his writings it appears that he speaks directly to your issues. He is simple yet amazingly powerful. His words are clear but they run deeply. Get Yourself Up is a compilation of issues and topics that many persons grapple with and gives you the motivation you need to Get Yourself Up. Do not settle for ground zero, take the escalator to the top. The view is always better there.

FOREWORD WRITTEN BY LES BROWN. HE IS ONE OF THE TOP FIVE INTERNATIONALLY RECOGNISED MOTIVATIONAL SPEAKERS

You were born for a purpose. You showed up on earth for a specific reason. So many persons live their lives in circles, going nowhere fast. Why? They have no idea of purpose. If people understand their purpose then it creates the inner drive to succeed, the power to endure pain and suffering, the will to live, the contentment that is necessary and the appreciation of the myriad opportunities of life.

If we understand our purpose then whatever we go through in life we will face it with stamina and even joy because we know that there is a reason for what we are going through. Life becomes exceedingly frustrating when we are asked to suffer but cannot see the birth of something beautiful at the end.

A man was standing at a sidewalk with his dog. Another man was passing and asked the stranger why his dog was moaning like that. The dog owner said “because he is lying on a nail.” “Why doesn’t he get up off of it?” asked the stranger. The dog owner replied to the stranger’s question without even an emotion and said, “it is not hurting him enough.” That describes many people. They moan and complain but stay in uncomfortable situations because it is not hurting them enough. Had it hurt the dog enough it would have gotten up on its own and the same with you too. 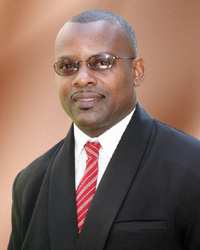 Michael A.T. Stewart is a Motivational Speaker and Life Coach. He was trained in Mass Communication at Mona Jamaica in Radio, Television, Print Journalism and Public Relations. Michael got married to Marcia A. Stewart on her birthday in March 1986. She is the sweet mother of their four wonderful children, 3 boys and a girl: Joel, Jaraad, Jacquize and Javaune. Life for Michael has had its challenges but his strong faith in God has given him great optimism in life. The Bible is his greatest motivational book. He is a Communication Consultant, counselor, Licensed Marriage Officer and Life Coach. Michael has a vast experience in media and has worked as General Manager of a television station and hosted numerous radio and television talk shows. His own talk show Mike@Nite became one of the most listened to on night radio. 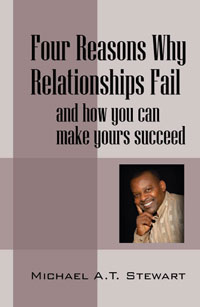 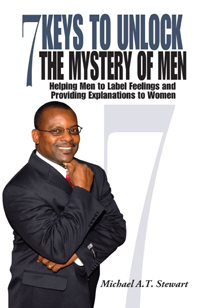 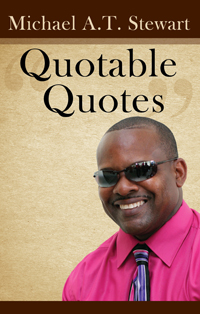