The Thrill of Air Travel . . . The Agony of Being in the Airline Travel System 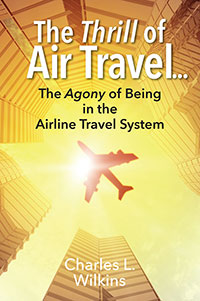 The Thrill of Air Travel . . . The Agony of Being in the Airline Travel System

The commercial airline industry has changed significantly over the past several decades, some would argue for the good and some would argue otherwise. Among U.S. carriers business combinations have resulted in basically four airlines hosting the majority of business travelers: American Airlines; United Airlines; Delta Airlines; and Southwest Airlines. Southwest is somewhat separate from the other three in that it maintains its own system of reservations, baggage handling, etc, and is not part of the mainstream systems of the other three. This book is about my view of the commercial airline industry and how a frequent traveler or even a novice traveler can learn to appreciate what the industry brings to the traveler and what a traveler can do to enjoy what is offered by the industry. To appreciate how I got to the views I share with readers about the industry I believe it is best for readers to understand how I came to know and understand the business of air travel and what it means to be contained in a long, silvery tube while being hurdled through time and space at hundreds of miles an hour, crisscrossing the country or the world in record time. In today’s environment; unlike in frontier days when explorers took six months to a year to travel across the United States, we can go cross country in five to six hours, coast to coast. Of course, some would argue that the view is not as spectacular in the high altitude air as it perhaps was on the ground, but neither are the dangers. And for many travelers who are inclined to sleep on airplanes one can, and many often do, commute to work weekly, traveling 3,000 miles or more, and arriving as rested as if they were at home. I was one such commuter for almost fifteen years from Los Angeles to Washington DC. In this book readers will learn of my experiences and how they can assist a traveler in becoming a better traveler, for themselves and for those around them. Readers will also learn how the airline industry and individual airlines can help to make the travel experience a more positive experience for all, and truly put the thrill back into air travel. 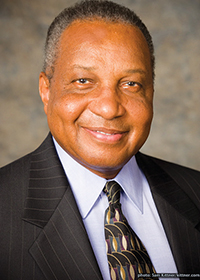 Charles L. Wilkins is an independent litigation support consultant, and former Executive Director Government Contract Compliance at KPMG LLP. Prior to his consulting career Mr. Wilkins held positions within the aerospace & defense industry as international corporate auditor, controller and chief financial officer. Mr. Wilkins has more than 45 years of experience involving public contracts from his aerospace & defense industry and litigation support services careers, and provided professional advisory and dispute resolution support services in over 35 different countries. He has been engaged to provide consultation and his professional opinion in criminal and commercial litigation matters and in arbitration and mediation matters as well. Mr. Wilkins published works include: “The Magic Circle”, August 2007; “The Magic Circle….and More”, (September 2015), Outskirts Press; and Winning Proposals and Pricing/Cost Strategies-A Guide for the Federal Contractor (2016), Thompson Information Services, by Michael A. Hordell and Charles L. Wilkins. Mr. Wilkins holds a B.A. from California State University, completed the LaSalle University Extension program in accounting, and the Executive MBA Program in Management from the University of California. He is a Certified Public Accountant in California, and prior to his retirement from KPMG LLP was a licensed CPA in Virginia and the District of Columbia. He is a member of the AICPA, National Contract Management Association, California Society of CPAs, and an Associate Member of the American Bar Association, active in the ABA Public Contract Law section, and a former member of the Business Law and General Practice sections of the ABA. 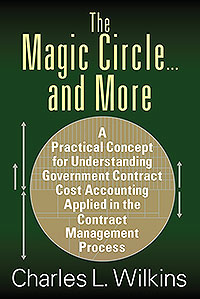