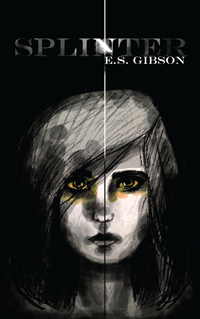 And ACTION! “Being selected was a one-in-a-million chance, especially in the film industry, so only the most fortunate made it in.”

Welcome to a futuristic Hollywood, where actors are programmed and sets are real. This system has not only been widely accepted for many years, but it has received tremendous praise for its realistic depiction of events. When Alexandra Williams, a sixteen-year-old girl from the suburbs of Los Angeles, is selected for an upcoming feature film, she knows she’s in for one hell of a ride; but little did she know it would involve a corrupt production company. When the original storyline disintegrates into chaos, the stakes become much higher than box-office earnings…and not only will Alexandra’s morals be put in jeopardy, but so will the lives around her. 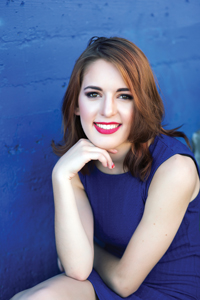 E.S. Gibson is a college-bound senior at her local high school. She has been freelance writing since the age of seven, often earning praise and recognition for her works of fiction and poetry. She unsuccessfully submitted short stories to science fiction magazines before focusing on the development of Splinter. She plans to enlist in relief work in South Africa as well as study and write about the indigenous tribes.