Candid Snapshots in Black and White 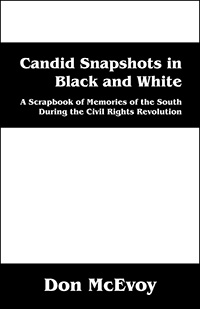 Candid Snapshots in Black and White

Did you ever wonder what happened the second time Bull Connor turned his attack dogs loose on peaceful demonstrators in Birmingham? Or what the Alabama housewife felt when she saw the long-time family maid on television in a Civil Rights protest rally? Or how the Atlanta police lieutenant who was responsible for maintaining law and order at coffee-shop “sit-ins” by black college students dealt with his ever increasing admiration for their courage and determination? Or how the NAACP lawyers always seemed to be a step or two ahead of the University Trustees who were trying to block the enrollment of the first African American students? In these short stories Don McEvoy, a white man raised in a Jim Crow state, but who spent his career working for racial justice and interreligious understanding, opens up his scrapbook of memories of the American South during the most turbulent years of the Civil Rights Revolution. From the unique vantage point of his leadership position with the National Conference of Christians and Jews working across the southern states, he was privileged to observe up close and personal many of the most significant events of that incredible era in our history. In transferring indelible mental images to the printed page he hopes to enable others to see and to feel the realities of those days. These stories are fictional, yet each of them is based on a real event experienced by a real person in a real place and time. Names and locations have been changed and the writer has taken the liberty of recreating the internal thoughts of individuals being described. The result might be best described as “faction.” Some of these snapshots capture the savagery of the opposition which was determined to maintain the segregated status quo. Others reflect the semi-humorous confusion of ordinary people who remained clueless while everything about them was in a state of rapid change. Some will make you cringe. Some will make you smile. Some will break your heart. Some will give you renewed hope in the possibility of human progress. Every one of them should add to your understanding of America as it was, is, and will be for many years to come. 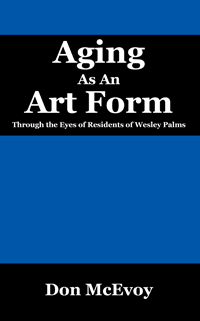