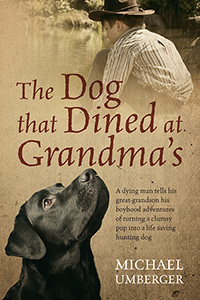 When John first learns that he has cancer and only months to live, he is due to appear at his great-grandson’s birthday party—and he wonders how he’ll make it through the event. But he quickly comes up with an idea for the perfect birthday present for Eric—and the perfect legacy as well. In The Dog that Dined at Grandma’s, John relives his childhood adventures with a dog named Boone and his neighborhood buddies by passing the story along to his great-grandson. He relays the trials and tribulations of a boy trying to transform a clumsy puppy into a refined hunting dog and the misadventures they experience along the way. John is able to give his great-grandson his own puppy, along with a story to remember him by and his undying love. “But the two most important gifts I had given him as my days on earth dwindled were easy to see. I had shown him that it was okay to openly love and care about others. I had also helped him to see that many people loved him, even if it didn’t always feel that way.” Combining adventure, humor, and life-lessons, The Dog that Dined at Grandma’s is a story that will be embraced by readers young and old. 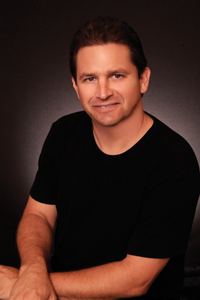 Mike Umberger graduated from UW-Madison with a bachelor’s degree in Elementary Education and has taught for 12 years. He and his students won the Scholastic “Kids Are Authors, Too” contest with a book titled One Day in the Life of Bubble Gum in his first year as a teacher. Born in La Crosse, Wisconsin, Mike spends the school year teaching near Madison, Wisconsin, and enjoys his summers writing in Lake Ozark, Missouri. 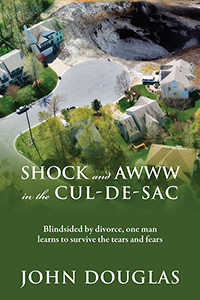