My father had abandoned the family, all I had was his name. Shortly afterward my mother was institutionalized. My aunt kept me until the state’s money ran out. I felt pushed to get a job, rent a home and get married. All of that didn’t work out for me, and I walked away with nothing. After my divorce, I lived in a friend’s basement. It was 1992 and Vanilla Ice had a hit record. I dated a young girl that dreamed of being in a band and dance on MTV. I was quick with rhymes, wrote a few songs and landed gigs. Things looked like they were turning around. Time passed and I rarely visited my sedated mother. I didn’t know what drove her insane, until she passed away. I never knew she was a psychic until I inherited her gift on the eve of her death. I had been drugging and drinking when the gift came, I was convinced that I too had gone insane. I was in uncharted waters and the songs I wrote were the fortunes of people that touched me in the crowds. I decided to keep the gift a secret.


Order directly from the author via email by using the button below. 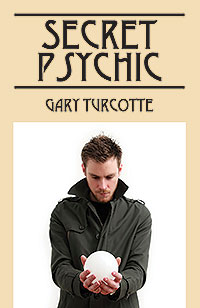