Voyage of the Blue Carbuncle

Journey Into a Parallel Universe 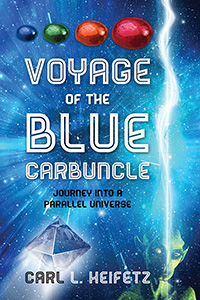 Voyage of the Blue Carbuncle

Journey Into a Parallel Universe

One blue stone is the key to a startling scientific discovery. . .

Chief Science Officer, Commander S. Verner is mostly human, but he’s also partly a member of a telepathic species with an unpronounceable name. Verner has identified the purpose of the unusual blue carbuncle that has been handed down for generations in his family. The carbuncle is not an infectious lesion—rather, it is a gem, a source of wonder—and with the assistance of modern space travel, Verner has finally solved the mystery behind it. Follow the brave crew of the spaceship Clipper as they discover a rift in space time that leads to a stunning scientific breakthrough: the discovery of a parallel universe! Based on the work of Arthur Conan Doyle and Gene Roddenberry, Voyage of the Blue Carbuncle is a fun and exciting spoof, sure to please science fiction fans as well as those who love the stories of Sherlock Holmes and Star Trek. 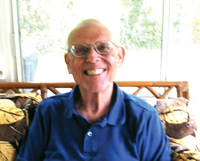 Over 30 years of scientific inquiry as a research microbiologist have prepared Carl Heifetz to explore new horizons in science. As an author, he has published numerous articles and short stories for fan magazines and other publications. Carl and his wife have two grown children and live in Trinity, Florida.