Love in the Time of Revolution 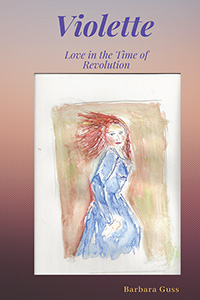 Love in the Time of Revolution

A noblewoman turned journalist digs deep for love and truth as France tumbles from monarchy to anarchy.

Violette de Champfleurie takes up pen and paper during the French Revolution, first to promote the liberty trumpeted by the Revolutionaries and then to chronicle liberty’s demise. She teams with a Jewish-American Patriot, Jacob Furtado, who served under General Lafayette’s command during America’s Revolution. When Violette and Jacob uncover a plot by the Monarchists to thwart the Republic championed by Lafayette, the pendulum swings toward anarchy, and Violette must decide what is worth dying for.

Violette also prominently features other strong women from history, in particular, Germaine de Stael, Charlotte Corday, and Marie Antoinette—women who played powerful roles in perhaps the greatest transitional period in modern western history. But none can equal Violette’s courage in exposing the truth in this riveting historical tale. 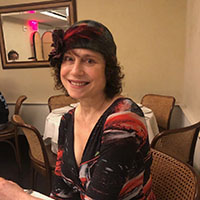 Barbara Guss practiced law on Wall Street and as a New York federal prosecutor for many years. She studied history at Yale and law at Boston University. She lives in New York City with her dog Cerise and spends summers in a 12th-century chateau in Normandy. Learn more at Violettefrenchrevolution.com.