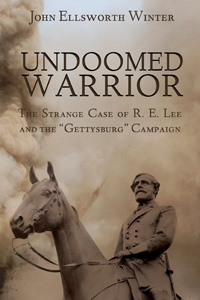 Robert E. Lee realized 8 September 1862 the South could not win the war. He recommended that President Jefferson Davis send a peace proposal to the North. Davis refused. In May 1863 Lee again proposed to proclaim peace, probably with an armistice, taking his army into the North for the 4th of July to the town where Continental Congress had forged the first American Constitution in 1777 while General Washington was at Valley Forge. The accidental battle at Gettysburg interfered with Lee’s “wisest, grandest, most imposing” plan. The South went down to final defeat in less than two years. 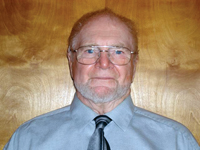 John Ellsworth Winter is Professor Emeritus of Philosophy at Pennsylvania's oldest state-owned university, which in 1863 sent students to Gettysburg "to put down the fierce rebellion." Additionally, he had been Guest Professor of Philosophy at the University of Vienna, Austria. Dr. Winter has toured the battlefield at Gettysburg over a hundred times. He attended the 75th anniversary of the battle in 1938 (as a Boy Scout) and the 100th anniversary in 1963 with two of his sons. He plans to attend the 150th anniversary 4 July 2013. He is married for thirty years to the poet and psychotherapist Elva Winter. They share a blended family of nine children and twelve grandchildren.